The United States Blues
Home News Racist gets beaten with his own hammer after trying to murder black... 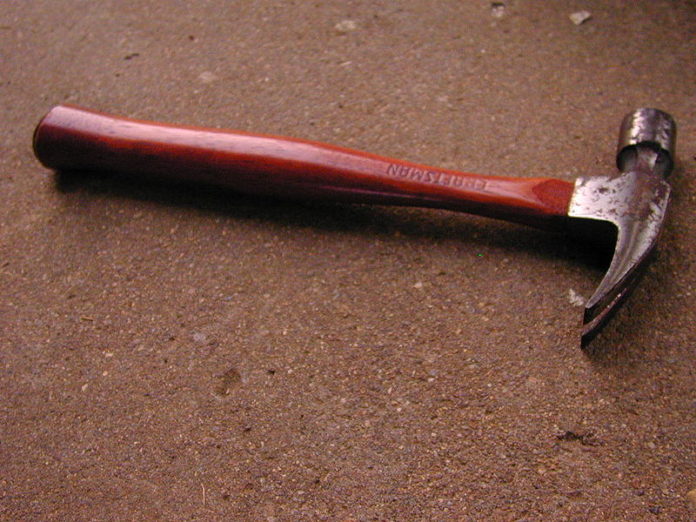 A white man learned the hard way this week that being a racist has consequences, like being beaten with your own hammer.

In a Taco Bell parking lot on Thursday morning in Seattle, a white man pulled up in his vehicle and started yelling racial slurs at a black man who was sitting with a group.

“A witness at the scene told officers the 52-year-old man pulled into the parking lot and began yelling at the victim, who was sitting with a group of people in the parking lot,” police spokesman Jonah Spangenthal-Lee said in a statement obtained by KIRO7 News.

Unsatisfied with a mere verbal assault, he then escalated to violence by trying to run the black man over, which would be murder.

“The suspect got out of his car and continued shouting at the man, who got up and began walking away,” Spangenthal-Lee said. “The 52-year-old man then returned to his vehicle and attempted to run over the victim, who changed course in the parking lot. The driver then put his car in reverse and tried to run the man over once again.”

Failing to run over his target, the white man then grabbed a hammer from his car and hurled it at the black man.

That was a big mistake. Because the black man then went on the offensive to protect himself by grabbing the hammer and proceeded to beat the white man with it before dropping it and running away.

“The suspect then threw a hammer at the man, missing him, but striking a nearby vehicle,” Spangenthal-Lee said. “The victim then picked up the hammer and began hitting the driver in the arm before running southbound on Nesbit Avenue North.”

Here’s a report via KIRO7 News:

Clearly, the racist got what he deserved and should be charged with a hate crime. One witness claims that the confrontation was a drug deal gone wrong, but that’s not what other witnesses say.

Regardless, yelling racial slurs at a black man and then trying to commit vehicular homicide is unacceptable behavior and a message needs to be sent that it won’t be tolerated, especially as the number of hate crimes in this country rises.