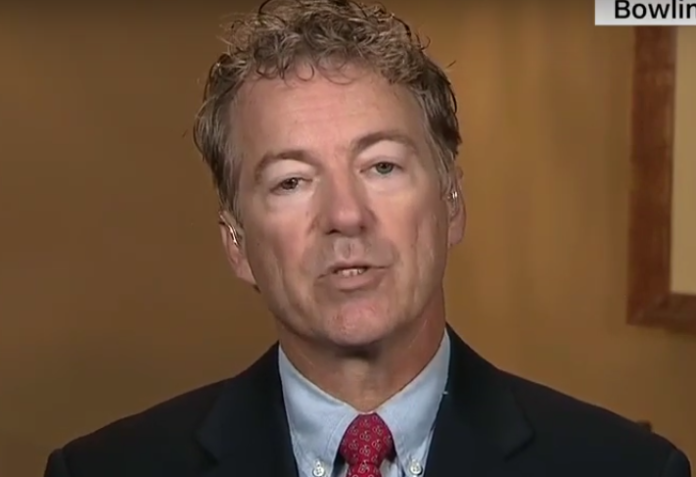 Say anything you want about Senator Rand Paul (R-Ky.), no one can deny that when it comes to dragging the United States into unnecessary foreign wars, he won’t tolerate it and will call anyone out for advocating for it, which why Rep. Liz Cheney (R-Wyo.) had better watch her back.

Like his father, Ron Paul, Rand Paul opposes going to war for a variety of reasons. They jack up the national debt and the deficit. They put our troops at risk. And they have the potential to make situations worse.

For instance, despite not being involved in the 9/11 terrorist attacks, former President George W. Bush let former Vice-President Dick Cheney drag the United States into the Iraq War, which destabilized the region and shifted power to Iran and resulted in the rise of ISIS.

Cheney and his company Haliburton made a tidy profit off the war in Iraq, and it will take the United States years to recover from it.

Yet, now Cheney’s daughter Liz wants history to repeat itself by trying to involve the United States in another major war in the Middle East, this time with Iran.

Iran is an oil-producing nation, which is no doubt the reason why Cheney is so eager for us to invade the country. But Iran is no Iraq and intelligence expert Malcolm Nance has previously warned that Iran would be the next Vietnam War if we were to invade, meaning a long drawn out war that we can’t win with thousands of casualties.

And that’s why Paul, who has been in a feud with Cheney, ripped her a new one by reminding her of her dad’s Iraq War blunder during an appearance on CNN.

“The Iraq War, President Trump has said, was the biggest geopolitical blunder of the last generation,” Paul said. “It destabilized the Middle East and increased the strength of Iran and tipped the balance toward Iran, so really there was nothing good about the Iraq war and Dick Cheney, Liz Cheney and John Bolton still don’t get it. They are still advocating for more regime change in the Middle East.”

Upping the ante even further, Paul announced that he plans to support Cheney’s opponent should she enter the Wyoming Senate race to replace retiring Senator Mike Enzi (R-Wyo.).

“There is a Senate race, I’m supporting Cynthia Lummis who is a conservative congresswoman,” Paul said. “That is the only person I know of in the race at this point.”

Clearly, we can expect more shots between these two, especially as Trump and his administration inch closer to war with Iran.