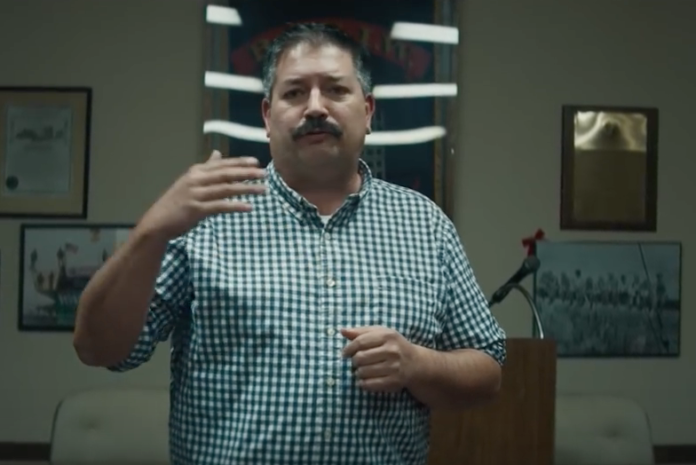 All signs are pointing to a tough race in Wisconsin for Speaker of the House Paul Ryan (R-Wis.) when the midterms roll around. Ryan’s potential Democratic challenger, Randy Bryce, has been relentless on social media calling out Ryan’s inaction and hypocrisy following the mass shooting in Parkland, Florida on Wednesday – one of the worst in the country’s history.

Ryan made news on Friday when two teachers crashed a donor event at the Ritz-Carlton in Key Biscayne to ask Ryan why he was celebrating in the wake of the shooting.

The teacher Mia Thorne introduced herself as a teacher, to which Ryan responded “nice,” according to Newsweek.

Here’s what Thorne had to say to the GOP leader:

Ryan stated that he didn’t want to talk politics. The two women chanted “No more guns” before being thrown out of the event.

In an interview with The Miami Herald, Thorne said that she attended the fundraiser for the National Republican Congressional Committee after she failed to reassure her own students that she could protect them in the event of a shooting like the one that happened on Wednesday.

That’s when Randy Bryce, an ironworker from Ryan’s district in Wisconsin who is running on a refreshingly progressive platform, took to Twitter to set things straight. The candidate retweeted a photo of Ryan at inside the event from @PERSISTERS with the text reading:

“Sorry we crashed your donor party @SpeakerRyan, but seriously…A PARTY 48 hours after the #Parkland massacre?”

Sorry we crashed your donor party, @SpeakerRyan, but seriously.. A PARTY 48 hours after the #Parkland massacre?

As the teacher you're talking to in this photo said before your security guys had her and the scary pediatrician lady tossed, "No More Guns!!"#GunReformNow #Resist pic.twitter.com/6kmYjkDOkq

He also had some words of his own:

“Paul Ryan went to Florida last night, but he didn’t go to support a grieving community. He went to raise money for his political organization.”

Earlier in the day, along with an open letter to Ryan on why Bryce is sick and tired of the GOP claiming to speak for responsible gun owners, Bryce tweeted:

Bryce also took a moment to call out the GOP and Ryan specifically for skipping a moment of silence in the House for the victims of the shooting:

.@SpeakerRyan is doing nothing to prevent this violence. We deserve better.https://t.co/RbkDnU4P0w

Ryan appears to have a progressive little problem on his hands in the case of the upcoming election. If he won’t speak for Americans, as Bryce says, it’s time to “repeal and replace” the man from office.