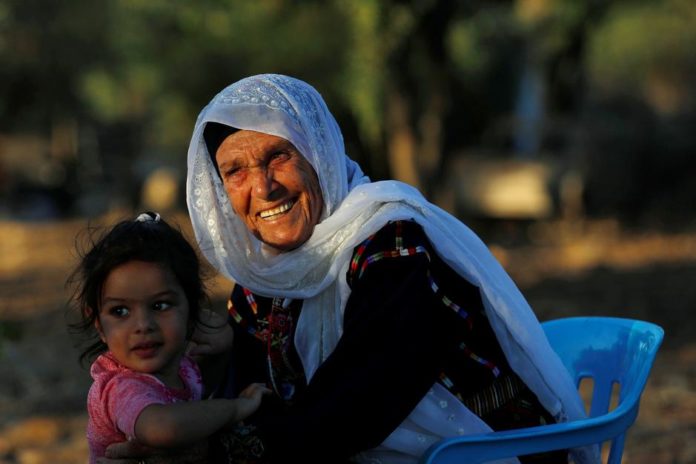 The grandmother of Rep. Rashida Tlaib is not a fan of President Donald Trump, and she made it clear in an interview that she fully supports her granddaughter and blames Trump for the fact that Rep. Tlaib won’t be visiting her in the West Bank.

“Trump tells me I should be happy Rashida is not coming. May God ruin him.”

‘May God ruin him.’ — This is how Rep. Rashida Tlaib’s grandmother responded after Trump suggested Israel ban the congresswoman pic.twitter.com/OK9WRsxaho

The comments from Rep. Tlaib’s grandmother come a day after Trump tweeted out that the real winner in the back and forth between the congresswoman and the White House was the elderly Palestinian woman:

“She doesn’t have to see her now.”

Tlaib’s uncle noted that Michigan congresswoman hasn’t seen her grandmother in a decade:

“She was going to slaughter a sheep when Rashida arrived and prepare her favorite food, stuffed vine leave. Rashida sees her granny as a second mother, she has always supported her. Rashida says she owes her success to her grandmother.

“Trump has told Rashida and Ilhan to go back to their home countries. What a contradiction, yesterday he asked them to leave and today he asks that they aren’t let in.”

In a separate interview with The Washington Post, Muftiyah Tlaib noted that she fully supports her granddaughter:

As HuffPost notes, all of this began when Trump saw fit to interject himself in the middle of a matter that should have been between Rep. Tlaib and the Israeli government:

Earlier on Thursday, President Donald Trump, who has repeatedly unleashed racist attacks against Tlaib, Omar and other congresswomen of color, tweeted that it would show “great weakness” if the Israeli government permitted Tlaib and Omar’s visit.

Tlaib then wrote a letter to Israeli interior minister Aryeh Deri requesting to visit her grandmother who is in her 90s, writing that it could have been her “last opportunity to see her,” NPR reported.

Deri approved Tlaib’s visit under certain conditions, including a “commitment” to not promote boycotts against the Israeli government, and to agree that the visit would “truly be solely for humanitarian purposes,” his office said on Friday, according to The New York Times.

As usual, Donald Trump only succeeded in making things much worse. It seems to be the only real “talent” he has.