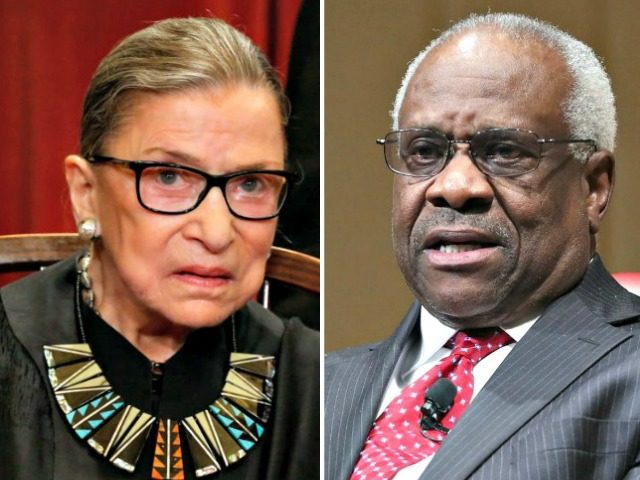 On Tuesday, the United States Supreme Court declined to take up a ban on what are known as “discriminatory” abortions based on a the race or disability of a fetus while also reversing a lower court ruling that struck down an Indiana law requiring that fetal remains  from an abortion be buried or cremated.

The Supreme Court is upholding an Indiana law that requires abortion providers to dispose of aborted fetuses in the same way as human remains. But the justices are staying out of the debate over a broader, blocked provision that would prevent a woman in Indiana from having an abortion based on gender, race or disability.

The court split 7-2 in allowing Indiana to enforce the fetal remains measure that had been blocked by a federal appeals court. The justices said in an unsigned opinion that the case does not involve limits on abortion rights.

Justices Ruth Bader Ginsburg and Sonia Sotomayor dissented. Ginsburg said in a short opinion that she believes that the issue does implicate a woman’s right to an abortion “without undue interference from the state.”

The Indiana law was signed by Mike Pence when he was governor of the state.

But a closer look at the footnotes of the ruling reveals that Justices Ruth Bader Ginsburg and Clarence Thomas were especially displeased with each others votes on the matter, with Thomas writing:

“JUSTICE GINSBURG does not even attempt to argue that the decision below was correct. Instead, she adopts Chief Judge Wood’s alternative suggestion that regulating the disposition of an aborted child’s body might impose an ‘undue burden’ on the mother’s right to abort that (already aborted) child.

“This argument is difficult to understand, to say the least, which may explain why even respondent Planned Parenthood did not make it.”

What Ginsburg had to say in response to Thomas is a perfect example of brilliant logic and common sense. In her footnote, she explained:

“A woman who exercises her constitutionally protected right to terminate a pregnancy is not a ‘mother.’ The cost of, and trauma potentially induced by, a post-procedure requirement may well constitute an undue burden … under the rational-basis standard applied below, (and) Planned Parenthood of Indiana and Kentucky had no need to marshal evidence that Indiana’s law posed an undue burden.”

Exactly so! How is a woman a “mother” if she doesn’t give birth to the child in question? If requiring a woman to bury a fetus she decided to have aborted isn’t an undue burden, then what exactly would be?

Conservatives in state legislatures across this country are desperately trying to get a case before the high court that will lead to Roe v. Wade being overturned. And justices like Clarence Thomas are eager to respond and ban the procedure. That’s why we need more jurists like RBG on the Supreme Court to guarantee that a woman’s right to choose isn’t turned into an illegal decision.