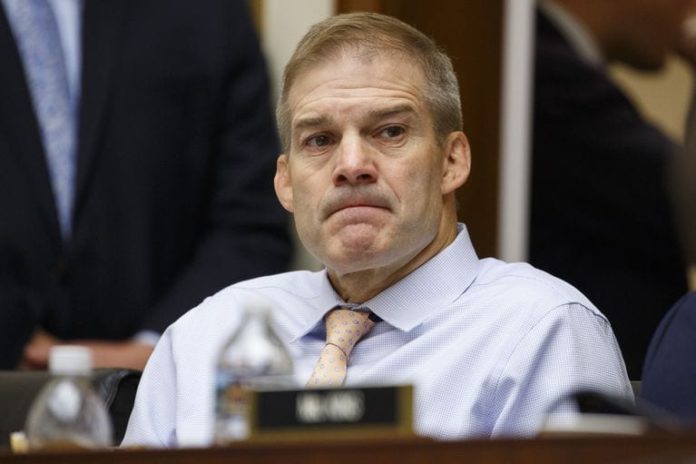 A referee alleges in a lawsuit filed Thursday that Rep. Jim Jordan (R-OH) knew about sexual misconduct being committed at Ohio State University while Jordan was an assistant coach of the university’s male wrestling team, according to NBC News:

A professional referee says in a lawsuit filed Thursday that disgraced doctor Richard Strauss masturbated in front of him in a shower after a wrestling match at Ohio State University, and he reported the encounter directly to Rep. Jim Jordan, R-Ohio, who was then the assistant coach.

“Yeah, that’s Strauss,” Jordan and then-head coach Russ Hellickson replied, according to the lawsuit, when the referee, identified in court papers as John Doe 42, told them about the incident. The lawsuit, filed in federal court in Ohio, implies that Jordan’s response to the incident, which the referee said happened in 1994, was essentially a shrug.

Jordan has repeatedly denied that he had any knowledge that Strauss had sexually assaulted wrestlers on the team while working at Ohio State between 1986 and 1994.

The lawsuit referenced by NBC News has been filed against Ohio State by 43 victims and survivors who claim the university’s “ingrained culture of institutional indifference” allowed Strauss to sexually abuse athletes while working at OSU:

It cites instances of Strauss “drugging and raping athletes” and said Strauss preyed on underage boys who participated in athletic events on the campus.

One of the underage victims, identified as John Doe 49, said in the court papers he was 14 or 15 years old and participating in an OSU wrestling camp lead by Hellickson when he went to see Strauss for an ingrown toenail. He claims Strauss had him drop his pants, threatened him with a scalpel and was sexually abused after he fainted in fear.

A spokesperson for Congressman Jordan, Ian Fury, didn’t respond to a request for comment from NBC.