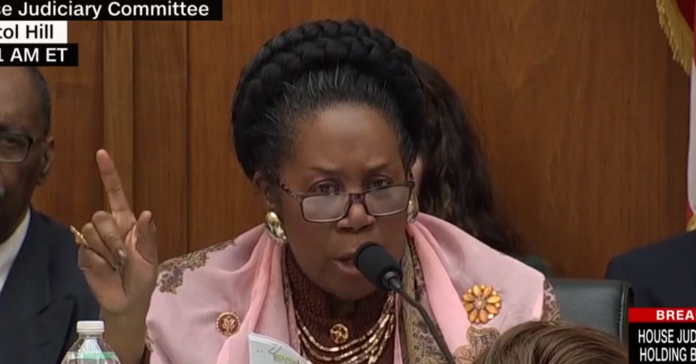 Seconds after President Donald Trump asserted executive privilege over the release the full report from Special Counsel Robert Mueller and all underlying evidence, Rep. Sheila Jackson Lee (D-TX) spoke during a hearing of the House Judiciary Committee, and what she said should serve as a warning to the White House and a wake-up call for anyone who still defends the president.

The judiciary committee was already in session to decide whether or not to hold Attorney General William Barr in contempt of Congress for his stonewalling as it relates to the Mueller report, and Rep. Jackson Lee noted:

“I’d like to take a moment because … I do think that this is a moment in history. And I appreciate my good friends on the other side of the aisle.”

“But having received a letter both from — a copy of the letter to the President of the United States by Attorney General Barr, a letter from the Department of Justice indicating after their purposeful collapse of the negotiations — well intentioned by the staff and House Judiciary committee, I can only conclude that the president now seeks to take a wrecking ball to the Constitution of the United States of America.”

And the Texas congresswoman was far from finished, adding:

“For the first time in the history of the United States, a President is now exerting executive privilege over every aspect of life that the American people desire to have information.”

All of this Jackson Lee concluded, is part of a much larger pattern from the Trump administration:

“Anything that the Congress wants to do on behalf of the American people is now being alleged to be under the jurisdiction of privilege.

“Then, of course, we have to surmise this is an absolute lawless behavior by this administration.”

When a president becomes a threat to the very foundations of this great republic, the time has arrived to remove him from office.