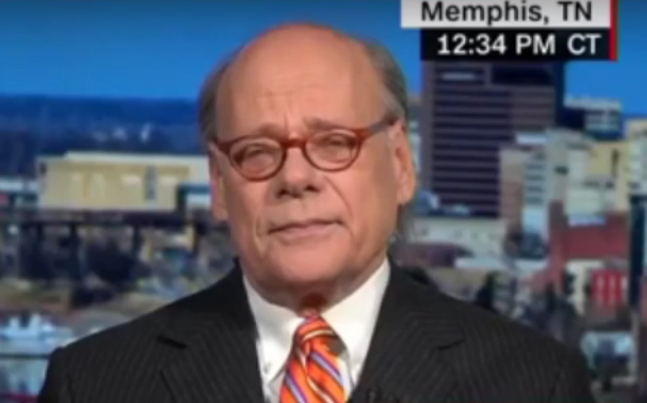 Mueller’s final assessment is reportedly set to drop sometime next week as Barr prepares to announce the end of the investigation. The question is whether Barr is ending the investigation prematurely before Mueller can finish it, or has Mueller already mostly completed the two year probe, which is investigating Trump’s connections to Russia and possible collusion and obstruction of justice.

Barr’s critics fear he will seek to keep most of the report secret instead of releasing it to Congress and the public. After all, he is a noted opponent of the investigation, which is one reason why Trump may have hired him.

But if Barr thinks he can keep the report hidden, he has another thing coming because Cohen and his Democratic colleagues are prepared to fight to force it into the light of day.

During an interview on CNN Thursday, Cohen expressed concern that Mueller may not have been able to finish some parts of the investigation and accused Trump of nominating Barr in an effort to find a willing Attorney General who will protect him.

“It’s all very concerning to me because there are angles that I think still exist concerning foreign banks that Mueller’s team was taking to the Supreme Court to get access to records,” Cohen said, pointing out that there are still some participants in the Trump Tower meeting with Russian agents such as Donald Trump Jr. whom Mueller hasn’t addressed yet. “It seems like possibly Barr has put an end to the Russia investigation, and I think Barr was sought out by Trump, probably with the Federalist [Society], to find somebody who would do his bidding. I’m afraid he will give us very little insight into the report and we will have to subpoena Mueller and/or the report.”

“They are just parts of the Mueller investigation that apparently have not been completed, and it does seem more than a coincidence that as soon as he comes in, the investigation is going to be ended and Mr. Rosenstein will resign the following month,” Cohen continued. “Unless you’re Judy Holliday and you were born yesterday, you can put together the dots.”

He’s not wrong. Despite claiming to support Mueller being able to complete his investigation, it’s quite suspicious that the probe seems to be coming to a close shortly after Barr had just been confirmed as Attorney General, effectively making him the overseer of the investigation instead of Deputy Attorney General Rod Rosenstein.

Cohen, however, also expressed confidence that Mueller would not allow Barr to just waltz in and kill the investigation if he is not finished.

“Robert Mueller is not going to leave anything undone,” he said. “I don’t think he’s going to allow Barr to put a hiatus on his work over the last few years which I’m sure he sees relevant to the democracy and rule of law in the country.”

But he also warned that Trump and Barr would spark a constitutional crisis by shutting down the probe and refusing to release the report.

“Trump looked for somebody that wouldn’t be like Jeff Sessions and he would do what he wanted him to do, which is shut down the Mueller investigation,” Cohen concluded. “That’s Bill Barr. We are in a serious situation, a constitutional crisis.”

Clearly, Trump and Barr would be better off releasing the report to the public. Because by keeping it a secret, such an action would mean the report is damning to Trump. And that will make the American people, 87 percent of whom want the report released, want to see it even more. Hiding it could even hurt Trump’s re-election campaign and could force Republicans to demand its release as well.

If Trump and Barr think they can sweep this report under the rug and make it go away, they are seriously mistaken.