The United States Blues
Home Politics Congress Rep. Steve King is now suggesting that the Clintons should be executed 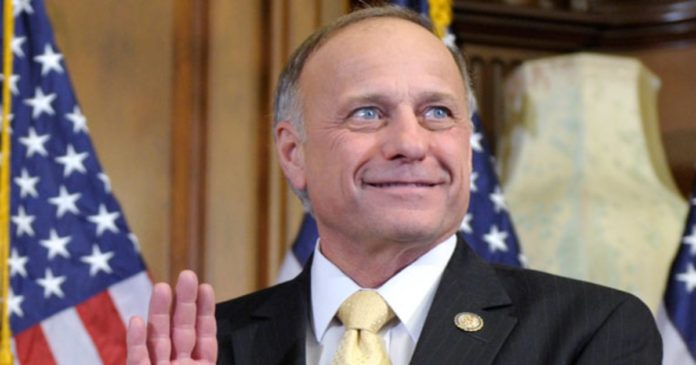 Just when we think that Iowa GOP Congressman Steve King cannot possibly outdo himself when it comes to being offensive, he manages to up the ante yet again and prove that he can always find new depths of depravity.

On Monday afternoon, King shared a meme to his campaign Facebook page that parrots an already debunked right-wing conspiracy theory to call for the execution of former President Bill Clinton and his wife, former Secretary of State Hillary Clinton: 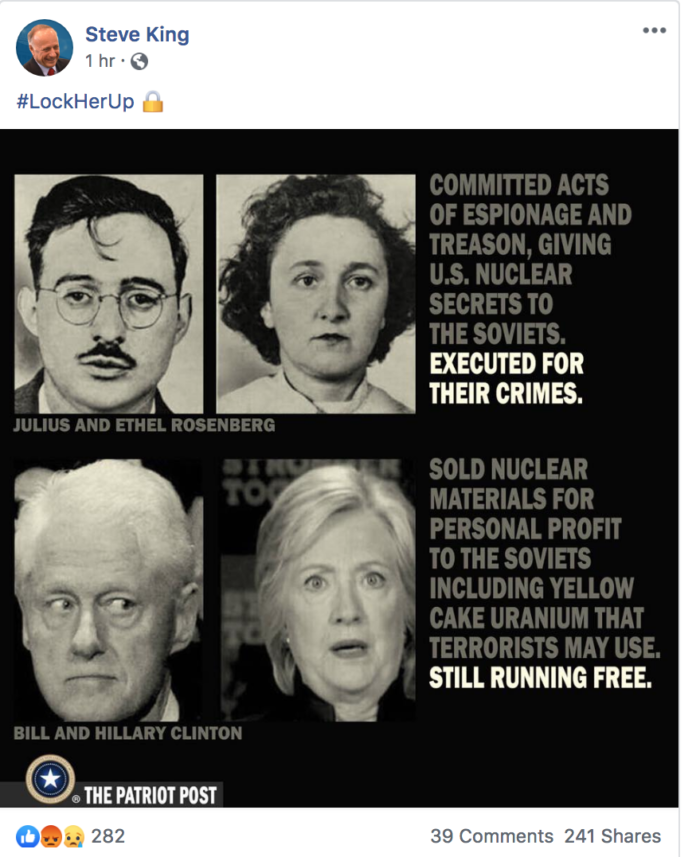 Yep, King compared the Clintons to the Rosenbergs, who were convicted of treason for allegedly selling nuclear secrets to the Soviet Union during the height of the Cold War and later executed in the electric chair.

The meme, which came from a Facebook page known as “The Patriot Post” actually tries to resurrect the old lie about the Uranium One deal to equate the Clintons with the Rosenbergs. And it should be noted that there are many historians who say the Rosenbergs were executed for a crime they didn’t commit.

Remember Uranium One? That’s the lie told by right-wing tinfoil hatters like Alex Jones and Sean Hannity that suggested the Clintons arranged for the sale of American plutonium mines to Russia. As Snopes has noted:

Among the ways these accusations stray from the facts is in attributing a power of veto or approval to Secretary Clinton that she simply did not have. Clinton was one of nine cabinet members and department heads that sit on the CFIUS, and the secretary of the treasury is its chairperson. CFIUS members are collectively charged with evaluating proposed foreign acquisitions for potential national security issues, then turning their findings over to the president. By law, the committee can’t veto a transaction; only the president can.

Snopes rated the Uranium One allegations against the Clintons FALSE and gave extensive evidence proving that not only did the Clintons play no role in the deal, no uranium was ever sold or transferred to Russia.

But as ShareBlue Media notes, this is just the latest in King’s long list of controversies:

In March, he posted yet another vile meme to Facebook in which he fantasized about killing liberals in a new civil war.

Later that month, he refused to deny that he thinks an all-white society would be “superior” to other societies.

He even claimed that his removal from House committees was similar to how Jesus was persecuted.

How does this man continue to get re-elected? Even in a state as conservative as Iowa, do the voters have no sense of shame? Apparently not, and neither does Steve King.