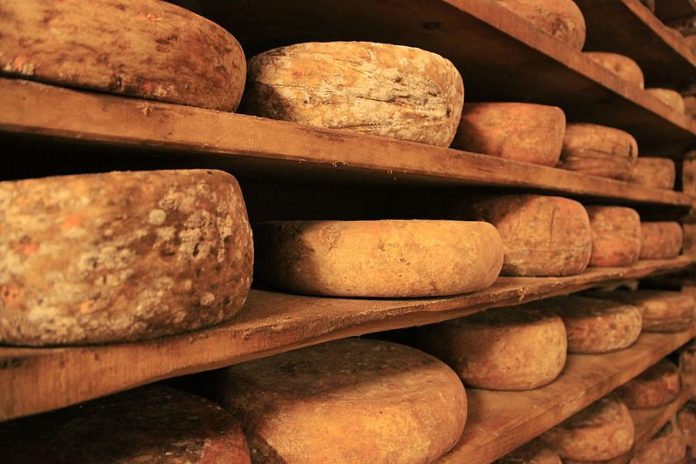 Unsatisfied with screwing over farmers and consumers with his trade war against China, President Donald Trump is strongly considering a tariff against the European Union that would double American grocery bills, especially if you enjoy Italian food.

Trump is currently embroiled in a dispute with the European Union involving subsidies for airlines, Boeing in the United States, and Airbus in Europe, that has actually been dragging on for over a decade. Both sides have been accused of subsidizing their respective home industry.

But now Trump wants to take the fight to a whole new level by considering slapping a 100 percent tariff on $25 billion worth of European goods that would have a negative impact on what Americans pay at the grocery store.

The Trump administration has proposed a tariff of up to 100% on $25 billion in European items. Romano, Parmesan, provolone and Gouda are all on the list. But it’s not just cheese. The tariff is proposed to hit a variety of items that pair well with cheese, as well — like wines and meats, olive oil, olives and pasta.

And that will particularly hit specialty shops like the 109-year-old family business run by Lou Di Palo, known simply as Di Palo’s.

Di Palo’s sells imported cheeses, meats and olive oil from Italy. Prices are already high enough because of that fact, but they will double if Trump enacts the tariff.

“Products that we sell are already kind of expensive,” Di Palo said. “For instance, Parmigiano Reggiano and Grana Padano. These are cheeses that sell between $15 and $20 a pound. Could I get $30 and $40 a pound for this cheese? It’s going to be very difficult.”

For those who enjoy the authentic Italian products, this will be a punch in the gut that could force customers to rely on more processed American-made cheeses, which would also see a price increase if demand rises and there’s not enough supply to keep up.

Even import businesses will be hit hard by the tariff.

“100% duties would be really devastating,” Gellert Global Group head Tom Gellert says. “We’re going to make these items so expensive and so unmarketable we won’t import them anymore.”

That impact could even result in job losses since Gellert has 500 employees working in several states.

“The uncertainty alone is already frustrating,” he continued. “It’s very difficult to budget when we don’t know what the cost of our products is going to be.”

Trump’s trade war with China has already significantly harmed farmers across the country, putting strain on agricultural supplies that have already resulted in price increases. This new round of tariffs, this time on the European Union, would cause more chaos for our economy, which is already looking at a coming recession. And you can bet that the European Union would retaliate, which means farmers could take another big hit. They’ve already lost their Chinese market. Can they still vote for Trump if they lose another major market as well? For that matter, can Americans still vote for Trump if they have to spend a lot more on groceries?