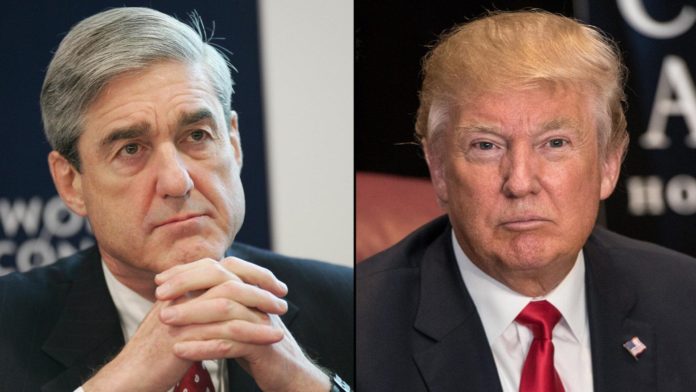 After nearly two years of investigation, Special Counsel Robert Mueller is reportedly wrapping up the Russia probe and could submit a final report to the Justice Department by next week.

Barr is preparing to announce as early as next week the completion of Robert Mueller’s Russia investigation, with plans for Barr to submit to Congress soon after a summary of Mueller’s confidential report, according to people familiar with the plans.

The preparations are the clearest indication yet that Mueller is nearly done with his almost two-year investigation.

The precise timing of the announcement is subject to change.

The scope and contours of what Barr will send to Congress remain unclear. Also unclear is how long it will take Justice officials to prepare what will be submitted to lawmakers.

A CNN poll shows that 87 percent want the report to be released for the whole world to see.

But Barr has already indicated that he intends he keep some or all of the report out of the public eye and out of Congress’ reach, only suggesting that the most he would provide is a mere summary that could very well bury any conclusions that implicate Trump in crimes such as conspiracy against the United States and obstruction of justice. That means the nation is in for a fight for the report to be released in its entirety.

Regardless, the release of a report would not be the end of investigations. The Southern District of New York is still on the job probing Trump’s involvement in Michael Cohen’s campaign finance felonies and Trump’s fraudulent charity. The DC U.S. Attorney’s office, meanwhile, is taking over many of the cases produced by multiple indictments Mueller secured, including those of Paul Manafort and Roger Stone.

So even if the report absolves Trump of collusion, there are many other crimes Trump could be nailed for allegedly committing.

But if Barr decides to bury the report instead of releasing it to the public, it doesn’t matter what his summary says. Most Americans will think Trump and his new shill at the DOJ are conspiring to cover up a damning report, and that will have serious repercussions for him and Republicans in 2020. Americans demand transparency and they should get it no matter what the report says.