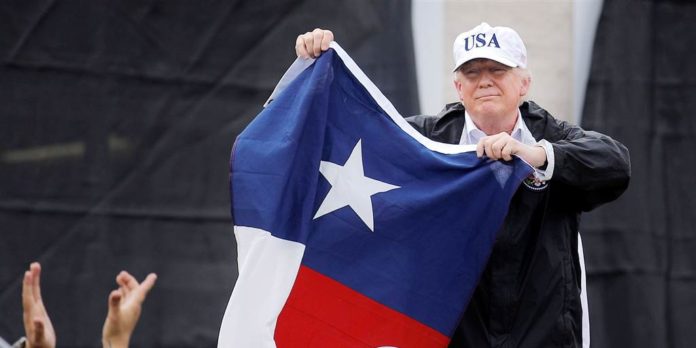 A Texas reporter who has been covering the political landscape in the Lone Star State for years said Saturday on MSNBC that the state is indeed in play for 2020, and the reason is that people are sick and tired of President Donald Trump.

“Cycles have passed where Texas has seemed in play. And what seemed insurmountable is the amount of money it would cost. Is there still a worry about how expensive it is to play in Texas?”

“It is so much more cost effective to play for a place in other states. What I think is key to remember here, I’m still skeptical the Senate and presidential race could come online in the state a year from now. But enormous resources are being poured into congressional races.”

That led Gura to ask the logical follow-up question:

“You spend a lot of time in Texas — I want to ask you about what Ted Cruz said there. He went through this fairly bruising campaign against Beto O’Rourke, who was barely losing. What do those say to you? Yes, Democrats, but also the degree to which this Democratic Party has gotten new voters out.”

Cruz is indeed warning that Texas could be in play next year, commenting earlier this week:

“The far left is pissed off, they hate the president and that is a powerful motivator. If the left shows up in massive numbers and everybody else doesn’t that’s how we end up with an incredibly damaging election.

Livingston said the Cruz-O’Rourke Senate race gave Texas Democrats a lot of hope that they can indeed flip the state come 2020:

“He was pushed to his limit. The margin Beto put out scared him. Saying Texas is so red it glows, you can see it from outer space. Was it immigration? Was it guns? What is this thing that opened doors for him. It could be climate. Texas has run amok. It could be any number of those or a combination of all of them.”

“I think it is Donald Trump. I spent the past weekend in Harris County, which is Houston. The trends for 20 years, Republicans won that county by an about 9 points. You get to 2016, Trump lost the county by 12 points. Ted Cruz lost in 2017 by 17 points. The numbers are dramatic when you factor in the presidential campaign of 2016.”

One thing seems certain: If Trump does lose Texas in 2020, his chances of being reelected are slim to none.