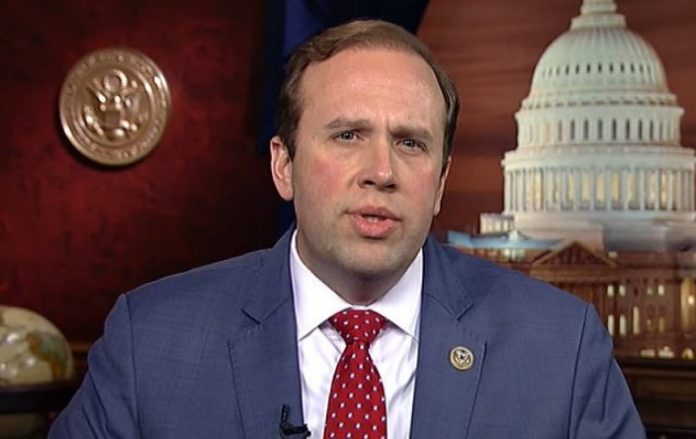 Tensions ran high between Democrats and Republicans during a House vote Thursday aimed at reopening the government. The collective anxiety hit a sour note at one point when Republican Rep. Jason Smith (R-Mo.) appeared to yell at Democrat Tony Cárdenas, of California to “go back to Puerto Rico,” The Hill reports.

For Cárdenas, that moment felt like it was the equivalent of “go back to where you came from.”

During the vote, an argument erupted between Republicans and Democrats over a procedural issue. Chaos ensued and that’s when Smith yelled:

“Go back to Puerto Rico!”

“When people blurt things out like that, it certainly sounds like the old saying ‘go back to where you came from,'” Cárdenas told The Hill.

And it’s definitely something he didn’t expect to hear on Capitol Hill.

“Since I was a little boy I’ve heard that blurted at me many times, but it’s sad that anything even remotely close to that would be said to me on the floor of the House,” he said.

He began asking GOP members who had made the remark, but they all remained mum.

Smith eventually acknowledged he’d made the remark, but said he wasn’t referring to any member in particular. Instead, he insisted his comment was aimed at any Democrat who had taken part in a weekend delegation to Puerto Rico.

“Was speaking to all the Democrats who were down vacationing in Puerto Rico last weekend during the shutdown, not any individual member,” he told The Hill.

But Cárdenas expressed doubt when asked if he believed Smith’s explanation.

“It just so happens I was in the well on the floor of the people’s House when he screamed that out very loud,” he said. “I responded by asking who said it and there was about 50 mostly male Republicans staring at me, and no one would admit that they said it. I asked several times but no one owned up to the fact that they said it.”

“I would hope that we could refrain from any implications which have any undertones of prejudice or racism or racism or any kind of ‘ism’ that would diminish the character … of any of our fellow members.”

Joey Brown, a spokesman for Smith, confirmed the congressman made the remark but also said it wasn’t aimed at Cárdenas.

“Congressman Smith’s comment was directed at all the Democrats who were vacationing down in Puerto Rico last weekend during the government shutdown, not towards any individual member,” he said.

A number of Democrats were in Puerto Rico during the weekend as part of a trip coordinated by Bold PAC, part of the Congressional Hispanic Caucus, which is led by Cárdenas.

Smith has since called Cárdenas and apologized. And Cárdenas, who incidentally was born in Pacoima, one of the oldest neighborhoods in Los Angeles, not Puerto Rico, says he accepted the apology.

But even though he has accepted Smith’s apology and says he doesn’t plan to take further action, the remark still stings.

“I’m offended somebody that screamed that out across the floor of the House to somebody like me, that unfortunately when I was a child I used to hear that on the playground from other kids,” Cárdenas said. “But they were children. To hear an Adult member of congress scream that out is very disturbing and disappointing. We have a long way to go in this country when it comes to people seeing each other as equals.

But some Republicans, like Rep. Steve King (R-Iowa), for instance, have a history of racist remarks. And when Smith hollered out this remark, it certainly looks like he may be following in King’s footsteps. If nothing else, it clearly shows he’s hot-tempered and perhaps reacts this way when he doesn’t get what he wants.