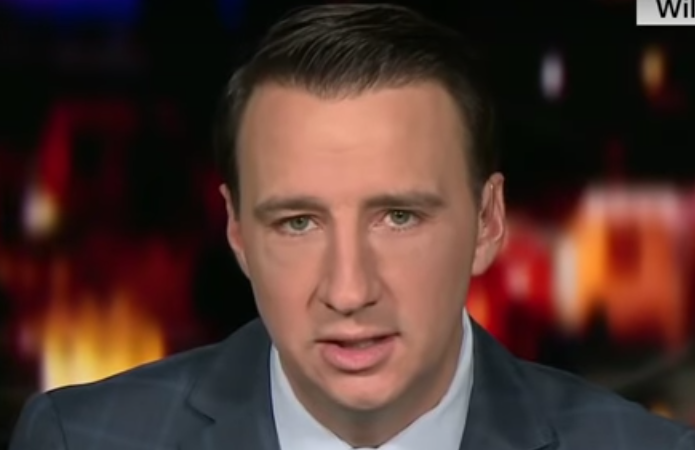 In an early morning Twitter tantrum, Trump doubled down on the government shutdown and his demand for wall funding by threatening to close the southern border and kill NAFTA if he doesn’t get his way:

….The United States looses soooo much money on Trade with Mexico under NAFTA, over 75 Billion Dollars a year (not including Drug Money which would be many times that amount), that I would consider closing the Southern Border a “profit making operation.” We build a Wall or…..

…..close the Southern Border. Bring our car industry back into the United States where it belongs. Go back to pre-NAFTA, before so many of our companies and jobs were so foolishly sent to Mexico. Either we build (finish) the Wall or we close the Border……

Trump has been brutally fact-checked and criticized ever since because following through on these threats would make him even more of a liability to Republicans in 2020 as his actions do great harm to the economy.

And as Costello explained during an appearance on CNN, it’s not really if he can actually pull the trigger on these threats without Congress:

“This struck me as like an angry 8th grader’s tweet,” Costello began. “I don’t really know how to make sense of it because I don’t think he can do this even if he wanted to. It probably violates NAFTA. I don’t think he’ll have much if any support in Congress.

Indeed, NAFTA was ratified by Congress and is supported by laws that were passed. Trump could unilaterally withdraw from the trade agreement, but he would likely face backlash from Congress. It should also be pointed out that killing the trade deal would nullify the new NAFTA he signed not too long ago.

Furthermore, Trump can’t entirely close the border as he can’t legally prevent U.S. citizens from leaving or entering the country.

Constello continued to doubt that Trump could implement such threats:

“Nor do I think logistically he would be able to implement it,” he said. “When you start throwing out vacuous threats like this, people stop taking you seriously in terms how you go about negotiating,”

“I understand the desire to sort of point the finger at Nancy Pelosi and say this is your fault or this is your shutdown, but remember the president said this is his shutdown,” Costello said.

Costello has been a sharp critic of Trump for weeks now, even going so far as to slam his “toddler logic” during a previous CNN appearance in which he explained that Trump had rejected a Democratic offer of $25 billion in wall funding in exchange for protecting DACA through legislation. And this is why even House Republicans have no clue what Trump wants.