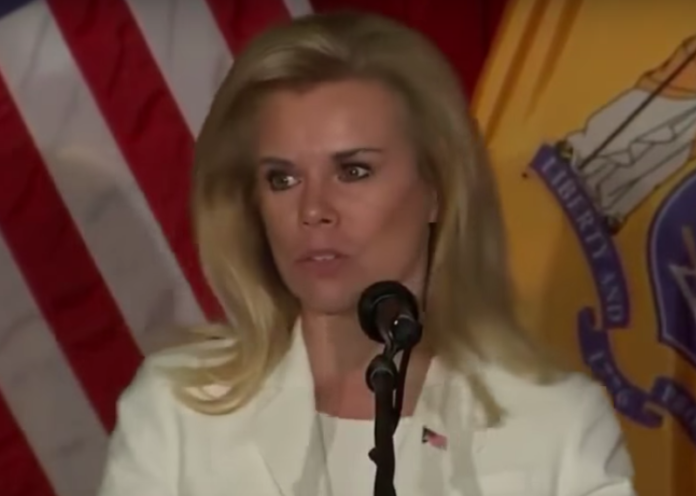 The incumbent Republican Mayor of Hamilton Township in New Jersey has been charged by prosecutors after getting caught illegally publishing the expunged arrest record of her primary opponent in an underhanded effort to win.

It’s no secret that Republicans are so desperate to stay in power that they will do just about anything.

A North Carolina Republican recently got busted after his campaign committed election fraud in order to win a House race.

Republicans in several states have passed voter suppression laws to negatively impact millions of votes that would otherwise be cast for their opponents.

President Donald Trump received help from Russia to win in 2016 and is courting foreign assistance ahead of 2020.

And it’s apparently happening in local races, too.

Hamilton Mayor Kelly Yaede and her campaign manager have been been charged with publicly releasing an opponent’s years-ago and now expunged arrest by posting it on a campaign blog ahead of the June Republican primary, which she won.

Authorities say Yaede’s campaign manager, Dan Scharfenberger, was the blog’s administrator, and he and Yaede controlled the blog’s content – even though her campaign has said publicly they had no idea who was behind the online site.

The charges come from an investigation by the Mercer County Prosecutor’s Office, which filed the disorderly person offenses in Hamilton Municipal Court, the office said.

Her Republican opponent, David Henderson, had already admitted to being arrested back in 2001 for alleged domestic violence. But the case against him was dismissed and a judge signed an order expunging his record.

Yaede, a Trump supporter, failed to honor that order and released the record online in an effort to embarrass Henderson and sabotage his campaign. Now she is facing criminal prosecution.

“It’s vindication for me and my campaign for all the dirt they threw at me during the campaign,” Henderson said. “And it underscores the criminal lengths that these people will undertake to keep a grasp on their corrupt administration.”

Yaede has hired a defense attorney and is fighting the charges, but her actions make it clear that she will do anything to win, and her Democratic opponent should be on guard against dirty tactics and cheating as the general election approaches.