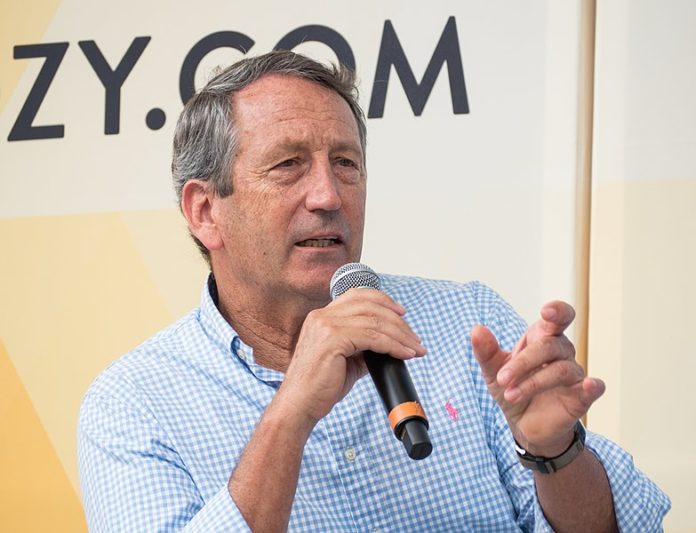 Sanford lost his GOP primary race this year to Trump-backed Katie Arrington, who went on to lose the general election in November to her Democratic opponent. It was not the ending to his political career Sanford had expected, but he made sure to go down swinging.

He had been highly critical of Trump in 2018, resulting in Trump lashing out at him on Twitter.

Mark Sanford has been very unhelpful to me in my campaign to MAGA. He is MIA and nothing but trouble. He is better off in Argentina. I fully endorse Katie Arrington for Congress in SC, a state I love. She is tough on crime and will continue our fight to lower taxes. VOTE Katie!

My political representatives didn’t want me to get involved in the Mark Sanford primary thinking that Sanford would easily win – but with a few hours left I felt that Katie was such a good candidate, and Sanford was so bad, I had to give it a shot. Congrats to Katie Arrington!

Had a great meeting with the House GOP last night at the Capitol. They applauded and laughed loudly when I mentioned my experience with Mark Sanford. I have never been a fan of his!

In reality, Republicans did not appreciate Trump attacking Sanford during the meeting. In fact, they definitely were not applauding and laughing as Trump claims.

But it appears Sanford is getting the last laugh as he exits Congress with more integrity than Trump will ever have and he made sure to warn Americans about the dangers of his presidency.

After thanking a multitude of people who helped him rise through the political ranks through the years, Sanford warned that the weakening of our political system could pave the way for a dictator.

“[A]s open political systems become cumbersome and inefficient, inevitably a strong man comes along and offers easy promises,” he wrote. “He says that he can take care of it for us. People desperate for a change accept his offer. They have to give up a few freedoms in the equation to get more security. It doesn’t work out so well, as Hayek’s book in this instance is about the rise of Hitler in post-WWI German history.”

“I want to be clear and explicit that I am not likening Trump to Hitler, but the forces at play could lead to a future Hitler-like character if we don’t watch out,” he continued. “It must be remembered that another thing that Benjamin Franklin said was that he who trades his freedom for security, deserves neither. Indeed, how true.”

Of course, Trump’s authoritarian tendencies remind many of Hitler, including his internment camps for migrants, his propaganda, and his frequent attacks on the press and our institutions, which Sandford addressed next.

“We can’t throw the baby out with the bathwater with regard to institutions and traditions that have served our country well for more than 200 years,” he said. “If we have no faith in our institutions and the people that populate them, our system breaks down.”

Chief among the institutions Trump has tried to breakdown are the FBI and the Justice Department in an effort to kill investigations against him and his associates that could very well lead to his downfall.

“[C]ontext is key to understanding any new bit of information before us,” he wrote. “But this does not make all news fake. In the former Soviet Union, they have truly fake news, and attempts to equate what’s happening here with what happened there is most dangerous. There is a reason that the Founding Fathers enshrined the idea of a free and open press in the First Amendment. We should watch this carefully as the populist waves of today now come ashore.”

From disgraced former governor of South Carolina, Sanford rose again to become a congressman who will now be known for having the guts to stand up to Trump and being willing to pay the price for it. If only more incumbent Republican lawmakers had the same courage.