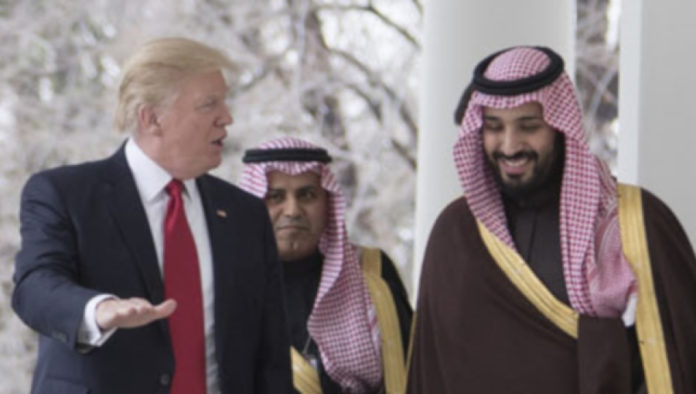 Republican and Democratic members of the U.S. Senate are preparing to pass a series of joint resolutions that will block President Donald Trump from selling $8 billion worth of armaments to Saudi Arabia without congressional review, according to Reuters:

Backers said the introduction of the resolutions was intended to “protect and reaffirm Congress’ role of approving arms sales to foreign governments.”

The announcement followed furious rejection in Congress late last month of the Trump administration’s declaration that a growing threat from Iran was an emergency that forced it to sidestep lawmakers’ review of major arms deals and approve precision-guided munitions, aircraft engines, mortars and other equipment and services for Saudi Arabia, the UAE and Lebanon.

The move is being led by Senators Robert Menendez (D-NJ) and Lindsey Graham (R-SC). Menendez explained why members of both parties want to stop the pending sale of arms to the Saudis:

“We are taking this step today to show that we will not stand idly by and allow the President or the Secretary of State to further erode Congressional review and oversight of arm sales.”

“While I understand that Saudi Arabia is a strategic ally, the behavior of (Saudi Crown Prince) Mohammed bin Salman cannot be ignored. Now is not the time to do business as usual with Saudi Arabia.”

The “behavior” mentioned by Senator Graham likely refers to two controversial decisions made by the Crown Prince:

It should be noted that the move by Republicans in the Senate is almost unheard of, as they have been only too happy to rubber-stamp nearly everything Trump has done since his election in 2016. GOP senators are also signaling that they will override any trade tariffs that Trump wants to impose on Mexico, which he announced last week.