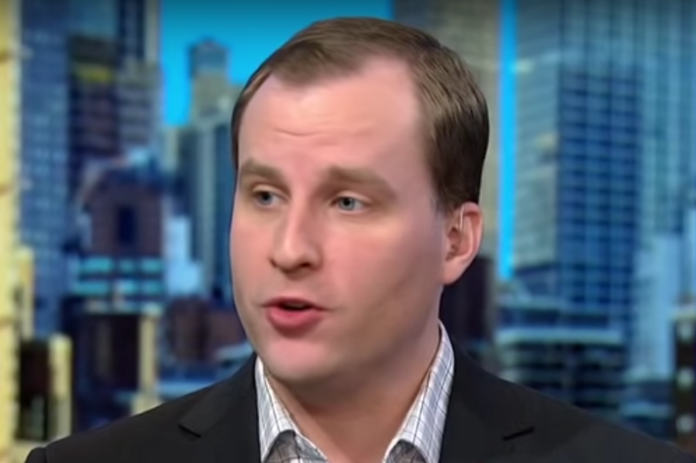 Republican strategist Evan Siegfried was not impressed with interim Senator Cindy Hyde-Smith’s (R-Miss.) weak apology this week for saying she would attend a “public hanging” if invited to one in a state with a dark history of lynching.

Hyde-Smith is running against former Agriculture Secretary Mike Espy, who is black. She has also been caught wearing Confederate clothing and has taken a donation from a white supremacist.

He remark drew national backlash, which forced her to respond during a debate. But rather than speak from the heart, she proved herself unwilling or incapable of apologizing because she not only read her statement off a piece of paper, she proceeded to whine about being criticized for the racist remark.

“For anyone who was offended, I certainly apologize,” she said. “There was no ill-will, no ill-intent whatsoever in my statement. I also recognize that this comment was twisted and it was turned into a weapon to be used against me — a political weapon used for nothing but personal and political gain by my opponent.”

As MSNBC host Joy Reid explained on Saturday, Hyde-Smith’s argument is the same kind  used by the alt-right.

Reid also pointed out that corporations are less likely to want to do business in Mississippi because racism is not good for business.

When she turned to Siegfried for his analysis, he dropped the hammer:

“First thing, with that apology, there are two things,” he began. “One, she was reading the apology if you notice. And whenever you are reading an apology, no matter who you are, it is not as genuine and it actually is really bad — you need to speak from the heart.”

“And number two, her excuse of, this being used as a political weapon, that means she is either ignorant or stupid because she’s completely oblivious to the history of lynching of Mississippi and the South,” Siegfried continued.

Indeed, lynching was prevalent in the South, especially in Mississippi.

According to the NAACP:

“Most of the lynchings that took place happened in the South. A big reason for this was the end of the Civil War. Once black were given their freedom, many people felt that the freed blacks were getting away with too much freedom and felt they needed to be controlled. Mississippi had the highest lynchings from 1882-1968 with 581. Georgia was second with 531, and Texas was third with 493. 79% of lynching happened in the South.”

And that’s why talking about gleefully attending a “public hanging” in Mississippi is a terrible thing to do. The scars of lynching are still fresh. In fact, they linger as an open wound in Mississippi and across the South. And Republicans are being punished for enabling and embracing racism, as Siegfried would explain.

“I think it was absolutely wrong and furthers the gulf between Republicans and African-Americans,” he said. “We lost African-Americans in the midterms by 81 points — and we deserve to, to be honest with you. So we do deserve that and I think Cindy Hyde-Smith will ultimately win, but I’m pretty disgusted by what is going on, because not only is it making a mockery of the Republican Party, but it is morally wrong.”

But President Donald Trump is defending Hyde-Smith in a desperate effort to increase the Republican majority in the Senate at the expense of America’s soul.

It’s a betrayal of everything the GOP once stood for and proves beyond a doubt that Trump is a racist and the Republican Party is the party of racists.