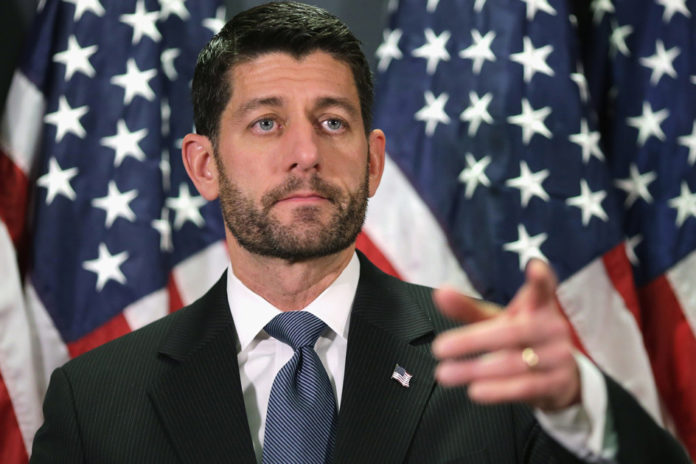 The Republican tax plan is a massive step in the wrong direction.

As we’ve been told, the proposed plan would provide massive tax cuts to corporations and wealthy individuals. The saddest part of how blatantly the program caters to the rich is that Republicans are wasting an opportunity that could be used to implement reforms that boost business and offer genuine assistance to the poor.

Vox writer Dylan Matthews is “not the target audience for the Republican tax bill.”

He writes, “My general take on what’s wrong with the American tax code is that income taxes should be filed automatically to the IRS, that the government doesn’t tax harmful activities (like spewing carbon, drinking alcohol, and smoking tobacco) enough, that it doesn’t take enough of rich people’s earnings, and that the earned income tax credit and child tax credit don’t do enough for poor families.”

The Republican party actively opposes most of those changes. Matthews argues, however, that leaks of the proposed legislation left room for optimism about some reforms with good intentions.

A proposal by Sens. Marco Rubio (R-FL) and Mike Lee (R-UT) and even Ivanka Trump aimed to double the child tax credit to $2,000 per person.

The tax plan already eliminates personal exemptions, so the child tax credit would have to be significantly raised anyway to compensate for that. What was actually exciting about the proposal was its push to lower the refundability threshold to $0. That means, according to Matthews, that a single mom earning $8,000 a year while working part-time and raising her two children would get $1,224 versus the $750 she’d receive under current law.

That is a raise that could genuinely help needy families. The proposal didn’t make the cut, however. Instead, Republicans voted for nativism: US citizen kids with unauthorized immigrant parents will not be allowed to claim the child tax credit.

Here’s another instance of wasted opportunity:

The 2016 House Republican plan proposed to allow businesses to expense the full cost of their investments immediately. In exchange, companies would give up the ability to deduct interest paid on loans.

The move would have fixed the issue of debt-financed investments barely being taxed or going tax-free because interest can be deducted. Other investments financed by selling shares or from corporate profits are taxed and have to be deducted gradually over time. In turn, this creates significant business for banks. It is also very bad news for anyone concerned about the ridiculous amount of power the financial industry and Wall Street hold over the economy.

In the new plan, Republicans voted to allow expensing for only five years. That essentially eliminates whatever economic benefit the policy would have over time.

Interest deductibility is only partially limited, and not limited at all for partnerships and other “pass-through” companies, including some banks and real estate companies. That exempts some of the biggest users of the deduction, negating the point of limiting it.

Mortgage interest deduction, Matthews argues, essentially screws over renters and benefits people wealthy enough to afford houses. What does the plan do? It only limits the deduction for people with homes worth $500,000 or more.

The plan also eliminates state and local tax deductions used to subsidize state budgets. Republican would instead use that money to pay to eliminate the estate tax.

Keep the money in the hands of the wealthy, right?

Despite its ideological failings, the bill could have included provisions that genuinely help the poor and encourage investment. The proposed tax package has failed Americans on both of those fronts.

It just goes to show: these Republicans need to go. Midterms, here we come.