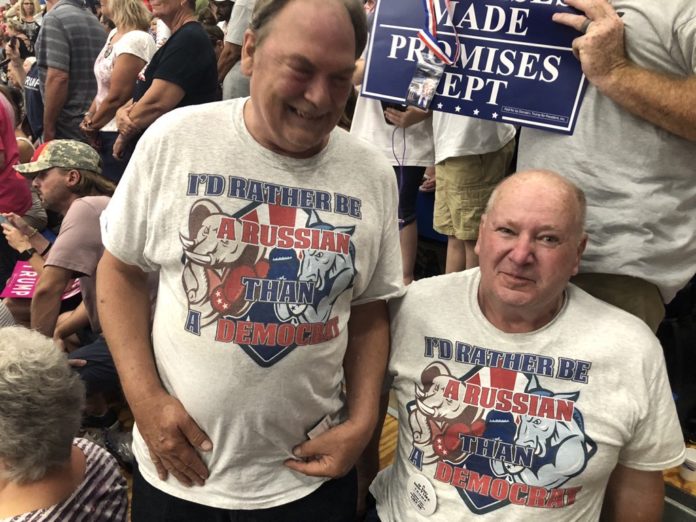 A New Hampshire Republican says he’s sick and tired of hearing Trump supporters whine that President Donald Trump is being disrespected by people who dare to disagree with him or his ridiculous ideas.

Michael Sweet wrote a letter to his local newspaper, the Laconia Daily Sun, and in it he blatantly mocked Trump acolytes for their blind devotion to a man who cares nothing about them. Sweet begins his letter:

“I am continually amused at the arrogance of Trump supporter’s letters to the paper claiming that they are doing the public a great service by providing ‘facts’ to ‘allow the reader to think for themselves. Gee thanks, but I didn’t ask for your self righteousness to invade my reading space.”

Sweet also calls out Trump fans for their utter lack of fluency with the English language:

“If you need at least a quarter page of valuable newspaper space, capital letters every other sentence, numerous links, misspellings, and a monopoly on the letters section to try make your point, please try to recognize the fact you aren’t. Of course, you can’t see any other point of view than your own anyhow.”

Clearly, Sweet it fed up with the current head of state, and he makes that clear in no uncertain terms, comparing Trump to the “Beverly Hillbillies”:

“To be clear, I’m a Republican — because with your crowd you must be a commie lib if you don’t agree with everything he does — but I didn’t expect the Beverly Hillbillies to be running this great country — and they are. Barely. Don’t blame the left because he’s a screw-up — he was that way long before the White House. It’s true he’s good at making money — for himself — but where’s yours that he promised?”

Bravo to Michael Sweet for his letter to the editor. As he points out, those who blindly support Donald Trump are almost as big of a threat to this country as the man who currently resides in the White House. Will they ever realize that they’ve been taken and turn against this man?