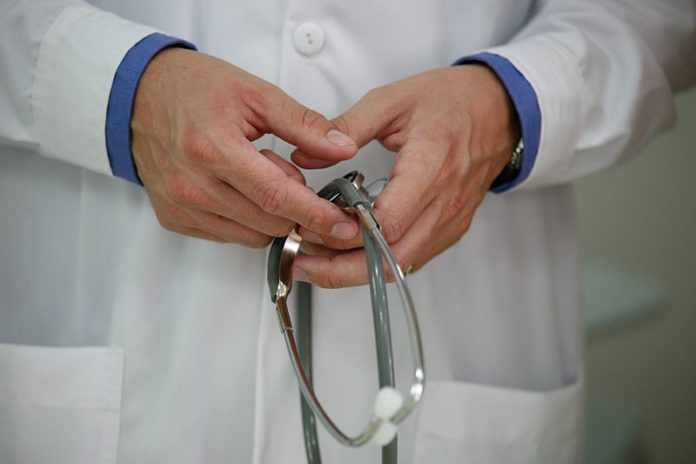 President Donald Trump’s obsession with repealing and replacing the Affordable Care Act has become so toxic that many Republicans would rather he abandoned the healthcare issue entirely out of fear that he will give Democrats ammunition in the upcoming 2020 Election.

In 2018, Democrats campaigned on healthcare as Trump and the Republicans sought to kill the increasingly popular law that covered millions of Americans with pre-existing conditions.

Democrats took back control of the House and secured victories in state legislature and gubernatorial races across the country in a blue wave Trump insisted would not crush the GOP.

The problem, of course, is that Republicans are incapable of crafting a plan that would effectively replace the Affordable Care Act. The only thing they have come up with is just taking healthcare away from millions.

Doctors and nurses support it, as do most economists.

Republicans just can’t compete with that idea, which has already been implemented in every developed nation but our own and has proven again and again that Americans are getting screwed on healthcare costs.

Trump is truly insane if he thinks he can conjure up a plan that can compete with universal healthcare, especially one that Republicans can support. Again, they refuse to even support the Affordable Care Act, which derived from a Republican plan. And it’s pretty clear that Republicans only support unrestrained for-profit healthcare that forces people to choose between saving their lives or going bankrupt.

Yet, Trump is obsessed with taking the issue away from Democrats by scheming to create a plan of his own that will supposedly compete with universal healthcare and make everyone forget about cheaper taxpayer-funded healthcare for all.

And that is worrying Republicans across the country, according to the New York Times.

“But nervous Republicans worry that putting out a concrete plan with no chance of passage would only give the Democrats a target to pick apart over the next year,” the report said. “The hard economic reality of fashioning a plan that lives up to the promises Mr. Trump has made would invariably involve trade-offs unpopular with many voters.”

Trump has already added major cuts to Medicare and Social Security in his budget that will likely trigger a showdown in Congress. Offering a substandard healthcare plan to the American people just adds insult to injury. Republicans know that everything Trump touches dies, so they would rather have no plan at all than have to defend whatever pathetic plan he pulls out of his a**.

The bottom line is that Trump cannot take the healthcare issue away from Democrats. Democrats have the moral and political high ground here. Even many conservative voters support universal healthcare.

In the end, Trump is hurting himself and his own party by obsessing over the issue instead of conceding that universal healthcare is the best option in every way. Short of offering universal healthcare themselves, Republicans will just have to hope the issue isn’t as important in 2020 as it was in 2018. But that’s a fool’s hope.