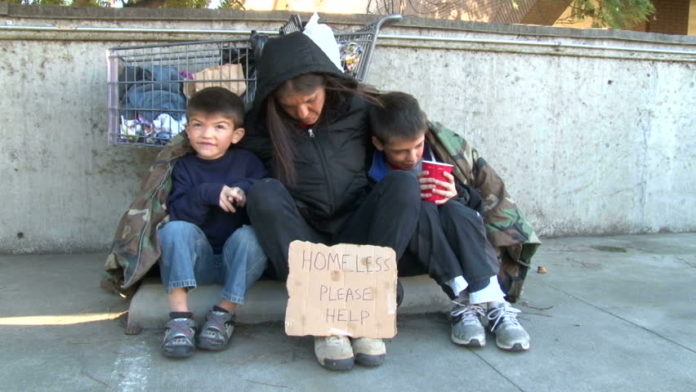 Republicans in Austin, Texas, are upset over a decision by the city council to decriminalize sitting, lying, or camping in public, meaning that homeless people can no longer be charged with a crime simply for not having a place to live.

“In all the time I’ve lived in Austin, I’ve never seen an issue where there is more unanimous opposition, more unanimous agreement, than there is on this issue. I think the city council and the mayor have badly misjudged how the policy would work and how people would understand it and perhaps even come to agree with it.”

In response, Mackowiak decided to start a Change.org petition that demands the city council reverse itself and make being homeless a crime yet again. He was joined in his efforts by Rep. Chip Roy (R-TX), who is known to be one of the most far right of the right-wing Republicans in the U.S. House of Representatives.

The petition began to garner lots of signatures. Mackowiak was ecstatic, posting the progress of his idea via Twitter:

On Friday, the total number of signatures had surpassed 6,000. But there’s one tiny problem: A huge number of the signatures are from people who don’t even live in Austin, as ThinkProgress found out when they took a closer look:

One signer, whose profile indicates a Conroe, Texas, address — a Houston suburb — explained that they signed because “once in a blue moon I visit Austin.” Another signer, listed in Spicewood, Texas, wrote “It is ludacris [sic]! There should be mental hospitals for many of these people.” A third, listed as being from more than an hour away in San Antonio, wrote, “It is a health hazard as well as an eyesore for tourists. Please rescind this ordinance. Keep Texas beautiful.”

Not all of the signers are even from Texas. People listed as living in Las Vegas, Nevada; Hedgesville, West Virginia; and La Vergne, Tennessee, all weighed in to oppose Austin’s public policy. And though it is unclear why they felt strongly about this issue, their signatures too were counted in the running totals that Mackowiak and Roy boasted about.

But despite being caught red-handed trying to use out-of-town signatures to bolster his petition, Mackowiak remarked:

“We are not targeting anyone outside of Austin, and change.org does not allow for geolimited signups,” he wrote. “This is not a petition for the ballot, it is a demonstration of public opposition to this disastrous policy, which has clearly failed in Los Angeles.”

While the move to punish homeless people in Austin has failed for now, Texas GOP Governor Greg Abbot tweeted he would be urging the state legislature to make homelessness illegal once again. Because if being without a place to sleep isn’t bad enough, Republicans think you need to be arrested and placed in jail as a solution to the problem. Apparently, the GOP believes the way to solve a problem is to lock more people up.