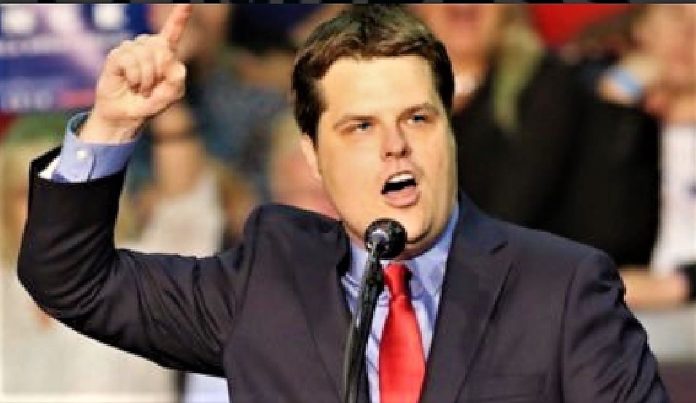 Right on cue, as the first arrests are made, and indictments made public, conservative Republican lawmakers have introduced a resolution to remove Special Counsel Robert Mueller from the Russian investigation.

Representatives Matt Gaetz (R-FL), Andy Biggs (R-AZ), and Louie Gohmert (R-TX) are calling for the removal of Mueller, coincidentally, right as the Russia investigation is beginning to show evidence of collusion between the Trump campaign and Russian efforts to interfere in the 2016 election.

The excuse offered for the attempt to undermine efforts to get at the truth about Russian interference involves a 2010 energy deal. In 2010, a Russian nuclear-energy firm bought Uranium One, a Canadian energy company. The agreement required US agencies’ approval because Uranium One had significant operations in the United States.

Gaetz alleges that Mueller ignored evidence of corruption as the then Director of the FBI. He suggests that the FBI should have brought charges about the deal and that because he did not, he is unfit to serve in his current capacity as Special Counsel in charge of the Russia probe.

Gaetz said, “These deeply troubling events took place when Mr. Mueller was the Director of the FBI. As such, his impartiality is hopelessly compromised. He must step down immediately.”

There have been unsubstantiated claims by many on the far right that allege corruption in the deal and a connection to the Clinton’s. The allegations have been fact-checked time after time, and there has not been any proof that there was any such corruption.

Gaetz and the other GOP lawmakers who are calling for Mueller’s removal do not represent the part as a whole. Many Republican lawmakers have expressed support for both Robert Mueller and his leadership in the Russia investigation.

Some Republicans have introduced legislation to provide Mueller protection from removal by the President, creating a barrier between Mueller and Trump in the event the President tries to fire him.