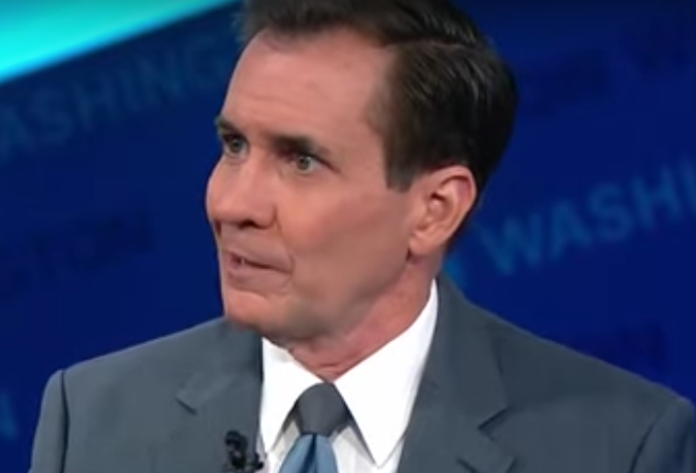 President Donald Trump continues to insist that his North Korea policy is working, but retired Admiral John Kirby outright disagreed on Friday during an interview on CNN.

Despite Trump’s claims, North Korea has begun conducting missile tests again just months after Kim Jong Un refused to continue negotiations with the United States, bringing a premature end to talks in Vietnam and demanding the lifting of economic sanctions as a prerequisite to denuclearization.

The demand is absurd because North Korea would get a major concession without having to give up anything first and could easily drag out the completion of their end of the bargain.

North Korea knows Trump is desperate to make a deal because his foreign policy is a list of failures and it certainly appears Kim Jong Un is escalating tensions in an effort to force Trump to appease him, which Trump apparently has no problem doing.

But if Trump were to give in to Kim and give him what he wants without verifiable denuclearization, it would be a political disaster and a mistake that could cost lives.

During an interview on CNN, Kirby made it clear that Trump hasn’t achieved a damn thing regarding North Korea.

“So far, we have achieved nothing,” he said. “North Korea still has a program, they’re still advancing that program. They’re still testing that program. And clearly, these recent tests, these launches, are an indication of just how impatient and frustrated Kim Jong-un is getting. He’s trying to send a strong signal to Trump that we need to get back to the table, and you, Trump needs to be more accommodating to my demands for sanctions relief. So, we really haven’t reached any progress.”

Kirby went on to praise Trump for not acting like a toddler again in reaction to North Korea’s missile tests, but warned that Kim is playing him because he knows Trump wants to declare a foreign policy victory ahead of 2020 to benefit his re-election chances.

In short, Trump may be willing to give Kim Jong Un what he wants in exchange for a fake victory. North Korea could simply say they are denuclearizing or sign yet another promise they will break so that Trump can parade it on Twitter and television and falsely claim that he got North Korea to denuclearize even though what we really need is verification on the ground to confirm the claims.

Trump is desperate to win in 2020, so he’s likely willing to do anything, even if it threatens our national security and the security of our allies, in order to claim a foreign policy win. However, any “deal” that lets North Korea remain in possession of nuclear weapons is a terrible one for us and the world.