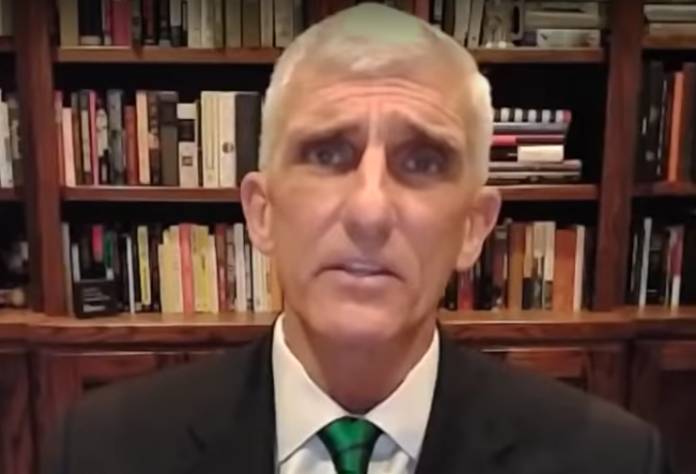 President Donald Trump outraged the nation and disrespected every person who ever wore or currently wears the uniform of our armed forces on Sunday by smearing retired Admiral William McRaven, who oversaw the Navy SEAL operation in which Osama bin Laden was killed. Lt. General Mark Hertling responded by ripping him a new one.

During an interview with Fox News, Trump was asked to comment on McRaven’s past criticism of his assault on the free press. Rather than treat McRaven with the respect he rightfully deserves, Trump attacked him and the SEALS for not getting bin Laden sooner.

Navy SEALS killed bin Laden in a 2011 raid that Americans cheered across the country when former President Barack Obama announced bin Laden’s death after the operation proved to be a success, ending a decade-long search for the terrorist who masterminded the 9/11 attacks.

McRaven deserves praise and respect, but Trump did the opposite simply because he criticized his presidency.

Trump’s remarks outraged Hertling, who appeared on CNN to condemn his “jackassery.”

“I don’t need to defend Bill McRaven,” Hertling continued. “He’s a good friend of mine. We both have served during the same period of time and under multiple presidents from both parties. We serve in the military the Constitution of the United States — we don’t serve an individual,” he explained. “That’s what makes our military different from all the other militaries in the world. This comment from the president was disrespectful, demoralizing, it was shallow and it was unprofessional.”

McRaven himself responded to Trump’s attack by standing by his previous criticisms.

“I am a fan of President Obama and President George W. Bush, both of whom I worked for,” he said in a statement. “I admire all presidents, regardless of their political party, who uphold the dignity of the office and who use that office to bring the nation together in challenging times…When you undermine the people’s right to a free press and freedom of speech and expression, then you threaten the Constitution and all for which it stands.”

Trump should be ashamed of himself for this attack on a national hero and Republicans should be outraged enough to finally remove him from office. Trump is an embarrassment to this country and a disgrace to the office he holds. Disrespecting our military time and time again should not be tolerated, especially by a party that constantly claims to love it.