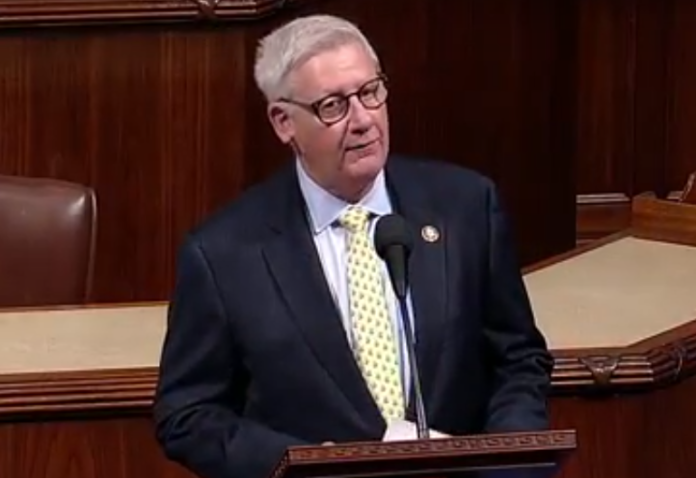 As the 2020 election approaches, a record number of Republicans are retiring from Congress, and it’s all because of President Donald Trump’s “bullsh*t,” according to retiring Rep. Paul Mitchell (R-Mich.).

Hurd’s retirement is especially revealing since he is the only Republican of color in the House.

Mitchell knew the writing was on the wall for himself in July as soon as Trump started attacking Rep. Ilhan Omar (D-Minn.) and Trump’s supporters began chanting “send her back” at his rallies in reference to Trump telling four congresswomen of color to “go back” where they came from.

Mitchell, like other Republicans, just did not know how to respond to such hate and foolishness. That’s where his uncertainty for his political career began, but Trump himself forced Mitchell’s hand when he refused to meet with the congressman to talk about his concerns about Trump’s behavior.

One of the final straws was the unwillingness of people in Trump’s orbit to listen,” the Post reports. “Mitchell implored Vice President Pence, his chief of staff Marc Short and ‘any human being that has any influence in the White House’ to arrange a one-on-one conversation between him and the president so he could express his concerns. It never happened.”

Mitchell is also tired of Trump’s incessant Twitter use, which serves as a daily airing of grievances and attacks that have become exhausting, and makes it difficult for Republican lawmakers to work because they are too busy answering for Trump’s behavior.

“We’re here for a purpose — and it’s not this petty, childish bullshit,” Mitchell says. “Did any member of this conference expect that their job would start out every morning trying to go through the list of what’s happening in tweets of the day? We’re not moving forward right now. We are simply thrashing around.”

Former Rep. Ryan Costello (R-Pa.), who retired ahead of the blue wave in 2018, agrees and noted that Trump is hurting the GOP in the suburbs.

“He has not been a net positive for suburban House Republicans, I mean, that’s a truism,” Costello said. “Down ballot, for the Republicans, you are basically judged by whatever the president does, and not by what you do.”

Of course, what Republicans have done is very little. They aren’t standing up to Trump, nor are they criticizing him or taking action to curtail his worst actions. Instead, they are enabling him and his attacks on democracy and the rule of law.

“Unless we figure out exactly how we’re going to win back suburban voters, we’re going to be in the minority for a while,” a GOP leadership aide predicted, “I think a lot of members are pretty nervous that Trump doesn’t win reelection. And then we’re in the minority and we have a Democrat in the White House. We’re in the wilderness right now, but if you lose the White House, then that is the extreme wilderness.”

Mitchell clearly does not think he can win while Trump is in office, and he is likely correct since Trump’s approval rating is in the toilet there and Trump is losing to top Democrats in potential general election match-ups.

Michigan is also hurting because of Trump’s trade war with China, which further opens the door for Democratic victories.

Republicans could stop the bleeding if they grew a spine and rejected Trump. Replacing him as their nominee in 2020 could cost them the White House, but such a move could save the party from imploding entirely, allowing the GOP to rise from the ashes as a party that rejects hate and racism and returns to the conservative principles they abandoned under Trump. Sadly, they lack the courage to do so, and that will cost them dearly.