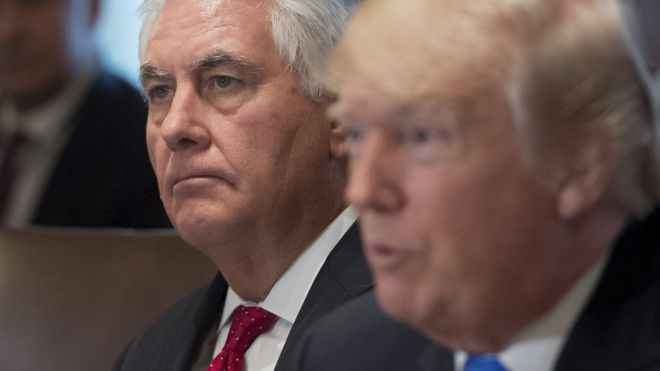 Former Secretary of State Rex Tillerson says he doesn’t think China will agree to make a trade deal with President Donald Trump and that the Chinese are waiting for the next president before they agree to any deal on trade and tariffs.

“If I have a concern about it, it’s that the Chinese, I hope, do not come to the conclusion that they can’t make a deal with this administration — and [say] we’ll just wait for the next one.”

Tillerson then added he hopes he’s wrong on his prediction, HuffPost reports:

Tillerson said he supports many of the trade objectives of the Trump administration but not the “tactical moves that are being made everywhere.” He also opposes a focus on bilateral agreements, which he believes undermine a powerful web of U.S. international alliances built over the last century.

Last December, Tillerson said that Trump had frequently ordered him to take actions that he knew to be illegal and he refused the president’s requests. In response, Trump lashed out on Twitter:

Mike Pompeo is doing a great job, I am very proud of him. His predecessor, Rex Tillerson, didn’t have the mental capacity needed. He was dumb as a rock and I couldn’t get rid of him fast enough. He was lazy as hell. Now it is a whole new ballgame, great spirit at State!

The former Secretary of State also said at the KPMG conference that he thinks there’s a chance Trump will win the 2020 election if he focuses on “very positive message” on the U.S. economy, adding:

The economic picture, however, appears less than “positive,” with the May jobs report showing that a mere 75,000 jobs were created, less than half of what had been predicted, according to CNBC:

“The decline was the second in four months that payrolls increased by less than 100,000 as the labor market continues to show signs of weakening. Economists surveyed by Dow Jones had been looking for a gain of 180,000.”