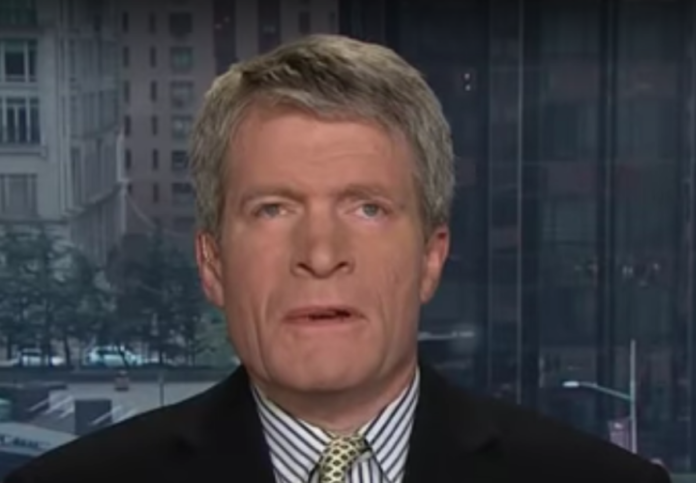 As the National Rifle Association (NRA) prepares for a possible investigation into their dealings with the Russians, former White House attorney Richard Painter hammered their corruption during an interview on CNN Saturday morning.

On Friday, CNN broke the news that the NRA is bracing for an investigation into the organization’s ties with a Russian banker named Alexander Torshin, who has links to the Kremlin.

It has been alleged that Torshin funneled money to the NRA, which was then spent to help Trump’s Campaign.

The NRA spent $30 million in support of President Donald Trump in 2016.

And with the Trump Campaign’s connections to Russians during the 2016 Election, the NRA is freaking out about being investigated.

A source told CNN that:

“True believers to the cause are getting very antsy. They were definitely preparing, they were bracing themselves.”

The allegations and the fact that the NRA is preparing for an investigation was a top subject on CNN this morning. Host Christi Paul asked Painter, who worked in the White House under former President George W. Bush what consequences the gun lobby faces could be.

“If there is a connection found, what is the consequence of that for the NRA which is such a powerful lobby group?”

“Well I think the NRA’s power is waning anyway. Americans are fed up with the NRA and the protection racket they’ve been running in the Republican Party where they threaten to primary anybody who supports reasonable gun laws.”

“And the fact that the Russians are using them to influence our elections just shows how corrupt this organization is. This investigation is going to have to go forward. We’re going to have to find out what the Russians were doing with the NRA, but I certainly wouldn’t put it beyond the NRA to collaborate with the Russians in trying to interfere with our elections, given the NRA’s past history of being so extremist on gun laws, and being willing to take out anybody by any means, take out anybody who opposes the NRA agenda.”

While these are just allegations so far, it is impossible to deny that both the Trump campaign and the NRA had Russian support in 2016. Special Counsel Robert Mueller has already caught former Trump officials Michael Flynn, George Papadopoulos, Rick Gates, and Paul Manafort making contact with Russia in an effort to help Trump.

And the NRA has been taking money from dozens of Russian nationals since 2015.

The question is whether it’s all connected, something Mueller must be wondering himself as his investigation continues to deepen.