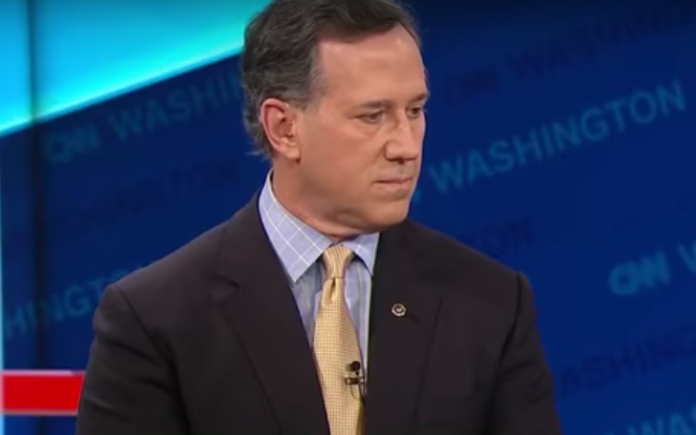 As President Donald Trump and his Justice Department urges federal judges to strike down Obamacare in its entirety, Rick Santorum defended Trump’s new foray into the health care debate only to be crushed by a CNN panel.

The Republican Party will become “The Party of Healthcare!”

The ruling has been appealed and is now being heard by the 5th Circuit Court, and will likely be appealed to the Supreme Court regardless of the decision by the lower court. Barr and Trump expect the courts to kill the law entirely even though Obamacare has already been upheld by the high court, a case that saw Chief Justice John Roberts join the liberal wing of the bench.

Striking the law down would instantly strip health care away from 20 million Americans, end pre-existing conditions protections and a whole host of other benefits that a majority of the American people support. And Republicans have nothing to replace it with, nor could they pass one anyway because Democrats control the House.

Santorum insisted on Tuesday that striking the law down somehow won’t end pre-existing conditions protections, and he argued that Republicans would replace Obamacare with a law giving block grants to states for health care, legislation that is similar to what the late-Senator John McCain (R-Ariz.) voted against in 2017 the last time Republicans made repealing Obamacare a top priority.

The problem is that many red states oppose health care for their citizens. After all, Kentucky had a successful state insurance exchange program, a Republican idea, but GOP Governor Matt Bevin killed it within a year of taking office. So, Republicans really don’t give a damn about anyone having health care at all, much less affordable health care.

Powers pointed out that Democrats seek to replace Obamacare with a single-payer universal health care system, but they have no intention of killing Obamacare without have a plan to immediately replace it.

Bruni then slammed Republicans for trying to gut Obamacare and just leave health care up to the states.

“This idea of, let’s leave it to the states and not knowing what they would do is irresponsible,” he said. “20 million Americans could lose coverage, and what happens in the stead of that?”

Indeed, Republicans seem hell-bent on making sure no one gets health care except those who afford it. Democrats, meanwhile, are running on an increasingly popular universal health care platform and they annihilated Republicans in 2018 by running in favor of Obamacare. Just ask Martha McSally, who lost her Senate race is red state Arizona to Democratic opponent Kyrsten Sinema and her constant ads slamming her for voting to kill the the landmark 2009 law.

Clearly, health care is a losing issue for Republicans.