The United States Blues
Home Politics Congress Rick Scott says Trump is prepared for Hurricane Dorian because he ‘got... 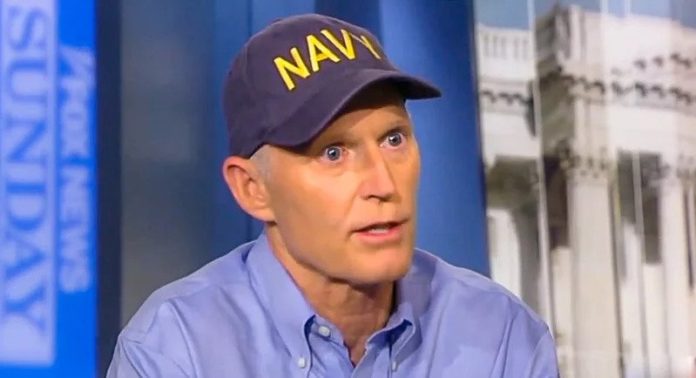 As Category 5 Hurricane Dorian bears down on Florida and the Southeast, Senator Rick Scott (R-FL) wants us all to know that President Donald Trump is on top of the situation because he was updated on the matter in-between rounds of golf.

During an appearance on “Fox News Sunday,” Scott noted that he had played golf with the president on Saturday:

“He’s been speaking to Pete Gaynor, the administrator of FEMA. And I’ve been talking to him every day about it. So he’s very engaged.”

Yes, once again Trump is playing golf, as he so often does. So far, his golf excursions have cost taxpayers in excess of $108 million dollars, and he still has about 15 months left in office.

It’s not just the cost of Trump’s golf trips, however, that should rankle all of us. Instead, it’s the blatant hypocrisy of a man who said this about his predecessor, former President Barack Obama:

Take a look at this breakdown of where exactly Trump has played golf on our dime since he took office:

Trump golf outings over 2 and a half years

So while Rick Scott may want us to believe that Trump is fully informed on the hurricane, that seems like a secondary concern to this president, who’s busy working his “ass off” on the links.

Chris talks with @SenRickScott about President Trump’s engagement with him on #HurricaneDorian “He was constantly getting updates” #FNS pic.twitter.com/GOEHzQ1EMN