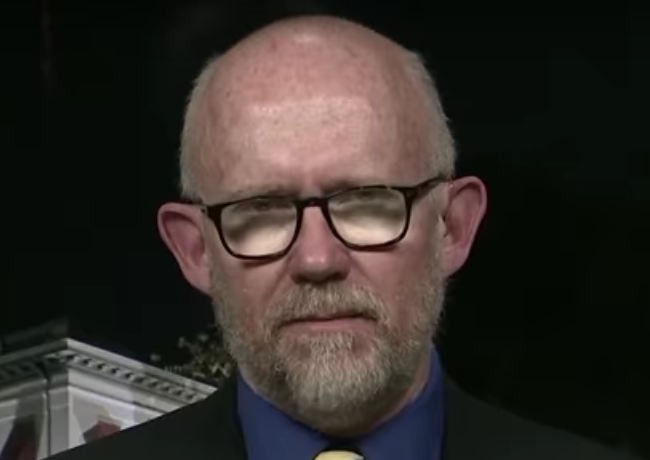 GOP strategist Rick Wilson hilariously skewered President Donald Trump for throwing a temper tantrum like a petulant child on Thursday in an effort to rain on House Speaker Nancy Pelosi’s moment in Congress.

After she took over the gavel in the House and burned Republicans on immigration by invoking former President Ronald Reagan and called them out for not clapping for the conservative hero, Trump held what was billed as a press conference where he briefly appeared and whined about his wall alongside a parade of bald white guys. Trump would take no questions afterward and ended up being roasted by the press for wasting their time on pathetic stunt. Trump then rejected legislation passed by the House that would end the shutdown without wall funding.

“Today’s a day of big symbolism,” Wilson told Don Lemon on CNN Friday night. “And Donald Trump’s symbolism was ‘I am a petty child and I’m going to go out and stomp my feet and complain about my wall not being funded.'”

“I think right now the impasse the Trump people don’t understand the depth of the problem they’ve got right now,” he continued.

Lemon played footage of Pelosi slamming Trump’s wall as a distraction to keep his base from finding out how much he is hurting them, and Wilson strongly agreed.

Indeed, Trump has also gone back and forth on what material the wall would be made of, from concrete to steel slats and back to concrete, and he repeatedly claimed Mexico would pay for it on campaign trail. Wilson said Trump is making fools out of Republicans who continue to support this scam.

“It’s an insult to their intelligence, but obviously it seems to work with his base because they believe it over and over again, that nothing will stop the brown horde except the wall,” he concluded. “It’s going to end with it being the freedom ditch.”