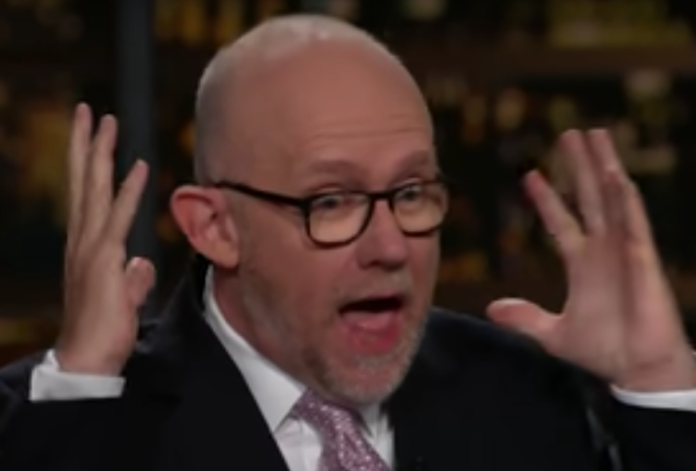 A whole lot of Republicans have been caught cozying up to Li Yang, who founded the chain of Florida spas that recently got busted for sex slavery and prostitution, including Fox News contributor Dan Bongino, whom GOP strategist Rick Wilson exposed to hilariously infuriating effect on Friday.

Yang’s spa chain has been connected to sex slavery for years before law enforcement shut it down last month in a massive sting operation that resulted in several arrests, including New England Patriots owner Robert Kraft.

On Friday, Wilson learned that Bongino has also been pictured with Yang, much to his delight as he posted the image and mocked the Fox pundit.

This is so cute! I’ll bet this Dan Bongino story has a happy ending! https://t.co/TjphiYzdkX

And Wilson got the response he was hoping for as Bongino lost his sh*t in response.

You’re a filthy pig. Have you told your family you know this woman? Although I’m not sure they’d accept money to lay their hands on your filthy frame. If you have any nerve at all you’ll put it down in a tweet that I knew this woman. I’m daring you. Step up you gutless pig.

Bongino has been attacking and threatening Wilson on his own Twitter feed ever since, but Wilson’s followers had a field day with Bongino’s comment.

So how does that work?

Do you get the rub and tug first and then the Steriod injection or do you get the steriods and then flip over for the happy ending?

Confusing I tell ya. pic.twitter.com/qBudKQz2a3

You sound like you need to calm down and give us a little smile. You look better when you smile.

It’s the non denial, denial, the Trump cultists are so famous for. Or is this a, “you did it too!”? It’s hard to tell with this word salad. He should calm down and get a massage.

Someone rubbed Dan up the wrong way!

May have to change his nickname to Bingo Bango

I guess he really is a secret service agent.