The United States Blues
Home News Rick Wilson laughs at the suggestion that Republicans will grow a pair... 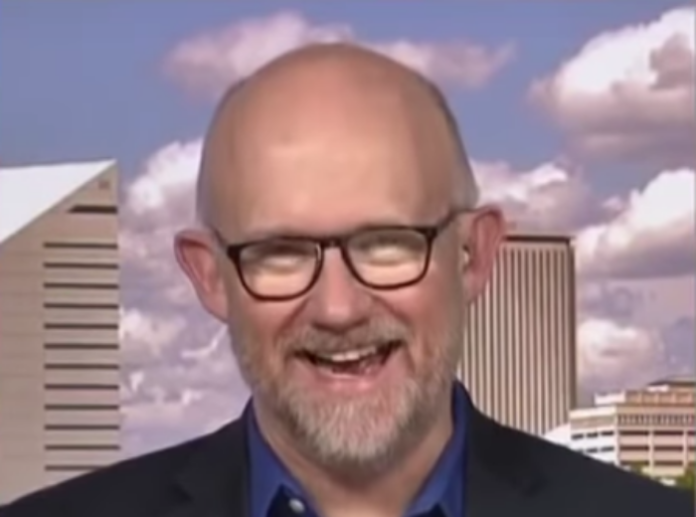 GOP strategist Rick Wilson warned that conservatives are going to flood the internet with fake videos and pictures attacking Democrats in order to help President Donald Trump, which is what they’ve been doing since House Speaker Nancy Pelosi (D-Calif.) owned Trump earlier this week.

On Wednesday, Pelosi accused Trump of being “engaged in a cover-up.”

Trump responded by throwing a hissy fit in the Rose Garden and would go on to share a doctored video of Pelosi stuttering and misspeaking, implying that she’s a drunk.

Conservatives, including Trump’s lawyer Rudy Giuliani, have been spreading the video like wildfire in an effort to fool Americans into opposing Democrats.

Wilson, who supports Pelosi’s slow strategy toward impeachment, warned that Americans are going to see more of these videos and that conservatives will share them because they are dangerously devoted to Trump.

“I think that we need to be prepared for a flood of fake videos, fake news, doctored photographs, doctored documents because those things now can be put into the nerve system of the American political culture through Donald Trump’s 60 million people that follow him on Twitter religiously, and they will believe the crazy,” Wilson said.

“We’re going to see this now amplified digitally in the 2020 election,” he predicted. “I think we need to be very much prepared for that and this sort of thing that goes through Rudy’s Twitter feed, then Donald Trump retweets it — this is not a mistake.”

CNN host Ana Cabrera, for some reason, wondered if Republicans would tolerate such behavior.

“So shouldn’t Republicans be refuting this then?” Cabrera asked. “Doesn’t it cross a line for political discourse?”

Understandably, Wilson laughed at the absurdity of the question considering that Republicans have sold their souls and spines to Trump.

“Are you new here?” Wilson replied. “They’re not going to do anything.”

Thus far, only Rep. Justin Amash (R-Mich.) has had the guts to call for Trump’s impeachment resulting in his fellow Republicans attacking him. Clearly, Republicans don’t care what Trump and his supporters do as long as it helps them take and keep power. That opens our democracy up to all sorts of corruption that we would not have thought possible several years ago.