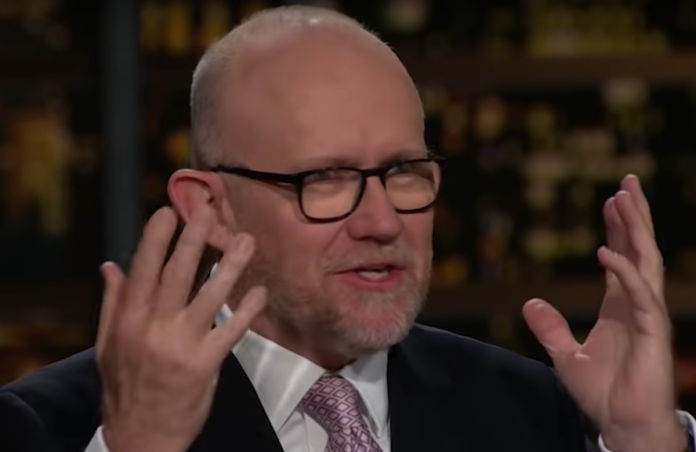 Friday night’s Overtime segment on “Real Time with Bill Maher” featured a discussion about social media and the perpetuation of fake news by the Russians often used to demonize Democrats, and GOP strategist Rick Wilson was ready to pounce.

During the 2016 election, the Russians manipulated social media in order to influence the way Americans would vote by trying to divide us even further with conspiracy theories designed to create distrust of democracy and hatred of liberals.

Sadly, the strategy worked, and now social media companies are under great pressure to differentiate between what is fake and what is factual, which resulted in a Facebook purge of hundreds of political pages, including some that did not engage in fake news or conspiracies.

When asked what Democrats are going to do to stop Russians and Republicans from perpetrating the same scheme in 2020, Rep. Adam Schiff (D-Calif.) said that Congress is working to keep the pressure on social media companies, but warned that such “false flag” operations are starting to be run domestically because it worked so well for the Russians to get President Donald Trump elected.

Maher chimed in by observing that no matter what the government and social media companies do, they can’t kill all of the fake news floating around and that it will ultimately be up to the American people to become more “sophisticated” at telling the difference between fact and fiction.

Rick Wilson, who has frequently criticized Trump and the Republicans who refuse to stand up to him, hilariously blasted conservatives for becoming addicted to fake news stories.

“The real problem is there is a generation now, mostly 60-plus, that when they read on RealEaglePatriotNewsBuzzfeed3000.ru, and they see a story about Hillary Clinton being a lesbian robot, they go ‘aaieee!’” Wilson said. “And they love that stuff and they become addicted to it.”

Of course, it’s not only Russia now. Trump has so ignored the problem because it helped him get elected that other foreign players are getting into the manipulation game, including Iran, North Korea and China. And that’s from Trump’s own intelligence chiefs, yet he has not lifted one finger to stop these kinds of misinformation campaigns. If anything, he has made it easier for us to be attacked. That puts our democracy in grave danger and Republicans should be ashamed of themselves for not demanding action.