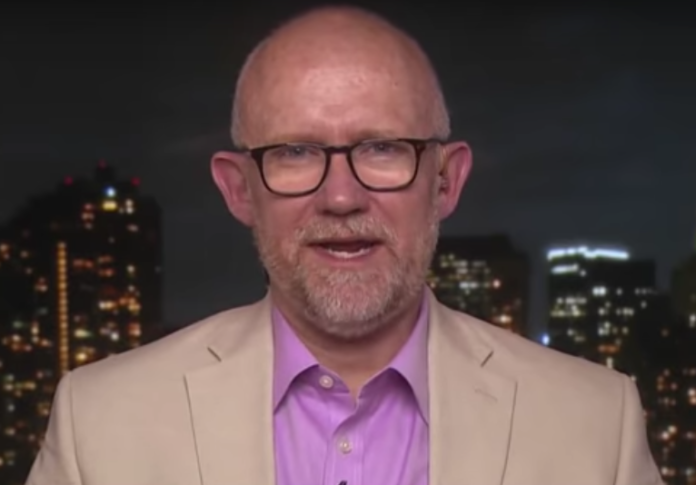 After a week of attempted assassinations against Trump’s political opponents and critics, law enforcement took Sayoc into custody in Florida.

And what immediately became clear is that Sayoc is a hardcore Trump supporter who had been inspired by Trump to target those those considers his “enemies,” which included former President Barack Obama and Bill Clinton, former Secretary of State Hillary Clinton, CNN, and a slew of other Obama officials, Democratic lawmakers and liberal donors.

Trump, of course, is trying to distance himself from the bomber and right-wing media is desperately trying to give him cover by questioning Sayoc’s motivation or claiming that the whole assassination plot is a Democratic “false flag” scheme to influence the election.

But Sayoc’s reign of terror is very real, and is the product of the violent rhetoric and attacks that Trump has been uttering since before the 2016 Election.

In a new op-ed, Wilson refused to let Trump off the hook:

“After months of rabid attacks on his opponents as enemies of the people, Donald Trump’s crop of crazy came to fruition this week and was almost ready for harvest,” Wilson wrote. “By either incompetence, luck, design flaws, or providence, none of the bombs in this campaign of political terror cost life or limb.

“[T]he discovery that the MAGA Bomber was one of the millions of creatures he created, inspired, and motivated to wage war against those he describes as Enemies of the People will never trouble the placid waters of his stunningly shallow intellect,” Wilson continued. “Worry about his responsibility will never penetrate the vacuum of his moral landscape. Trump made an enemies list, and then he weaponized his social media power to push that enemies list into the minds of the furious and febrile who slavishly lap up his every utterance. What, precisely, did he think would happen?”

Indeed, Trump literally riled up his supporters to send death threats to his political opponents and critics and has praised them for being violent.

It was only a matter of time before they took the next step by trying to kill Trump’s “enemies,” and now it’s happening.

And that’s a serious threat to our country and Constitution. Trump has turned his supporters into a lynch mob determined to force his agenda down America’s throat even if it means spilling blood to do it:

“It’s time we recognize that Trump’s unique social media presence is a weapon of radicalization,” Wilson declared. “No one else in the American political landscape stokes the resentments, fears, and prejudices of his base with equal power.”

Wilson concluded by warning that Sayoc is not the only radicalized Trump supporter. There are more, and they will be more likely to launch similar attacks the longer Trump refuses to abandon his toxic rhetoric.

“Donald Trump’s famously loyal base has been radicalized, and while only the tiniest fraction will resort to political violence, neither the president nor the hollow shell of the GOP will do anything to stop it.

“This is a president with obvious mental and moral deficits who will say and do anything to retain power. He’s backed by a runaway “conservative” media feeding his rabid base a daily dose of conspiratorial lunacy. There is no mechanism to stop Trump’s division, radicalization, and calls to arms against his enemies.”