The United States Blues
Home News Right-wing ‘firefighter prophet’ says all who oppose him will be struck down... 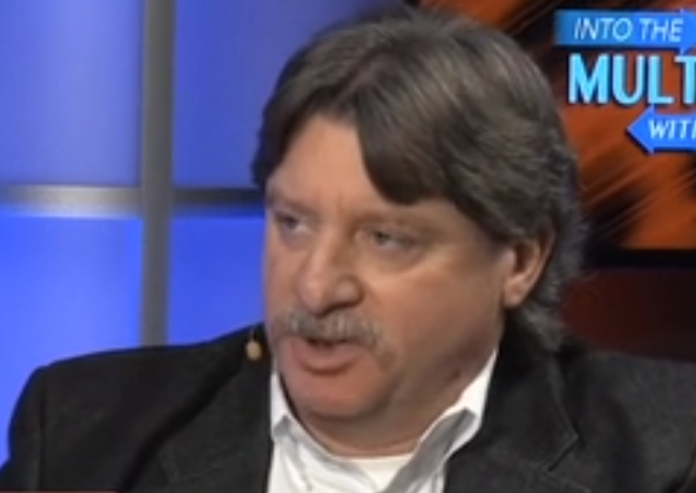 One of President Donald Trump’s craziest evangelical supporters, Mark Taylor is threatening his critics with God’s wrath if they dare say anything bad about him.

The retired firefighter is popular among the kookier and most gullible within the evangelical circle because he once claimed to have been spoken to by God and given a prophecy about Trump and his presidency, which Taylor conveniently sells as part of a book titled “The Trump Prophecies: The Astonishing True Story Of The Man Who Saw Tomorrow… And What He Says Is Coming Next.”

“The Spirit of God says, ‘I have chosen this man, Donald Trump, for such a time as this,” Taylor wrote. “For as Benjamin Netanyahu is to Israel, so shall this man be to the United States.’”

Now he calls himself the “firefight prophet,” which he expects exempts him from any and all criticism because of a bible verse known as Psalm 105, which says: “Do not touch my anointed ones; do my prophets no harm.”

In yet another effort to silence his critics, Taylor appeared on a right-wing program earlier this week and said that people who mock him will be killed by God.

“I want to put this warning out,” Taylor said. “God says specifically in his word, ‘Do not touch my anointed, but especially my prophets.’”

According to Right Wing Watch:

Taylor said that in biblical times, if someone attacked a prophet, it was only heard by those within earshot, whereas today, those who criticize prophets like him do so via massive platforms like Twitter or Facebook, where their heretical attacks can reach a global audience.

“God’s going to hold them accountable,” Taylor concluded. “Before you tap on that enter button, you better think twice and pray and ask the Lord, ‘Hey, is this something I need to be putting out there for the entire world to see?’ Because, right now, literally you are going to be putting your life in your own hands, at this point.”

Again, Taylor makes money by claiming to be a prophet. Perhaps his followers would be interested in Matthew 7:15, which states: “Beware of false prophets, who come to you in sheep’s clothing but inwardly are ravenous wolves.”

And perhaps Taylor himself should be particularly concerned about 2 Corinthians 11:13-15:

For such men are false apostles, deceitful workmen, disguising themselves as apostles of Christ. And no wonder, for even Satan disguises himself as an angel of light. So it is no surprise if his servants, also, disguise themselves as servants of righteousness. Their end will correspond to their deeds.

But the prophet who presumes to speak a word in my name that I have not commanded him to speak, or who speaks in the name of other gods, that same prophet shall die.

And the beast was captured, and with it the false prophet who in its presence had done the signs by which he deceived those who had received the mark of the beast and those who worshiped its image. These two were thrown alive into the lake of fire that burns with sulfur.

And the devil who had deceived them was thrown into the lake of fire and sulfur where the beast and the false prophet were, and they will be tormented day and night forever and ever.

It might be best if Taylor stop calling himself a prophet and actually read the Bible instead of cherry-picking it.