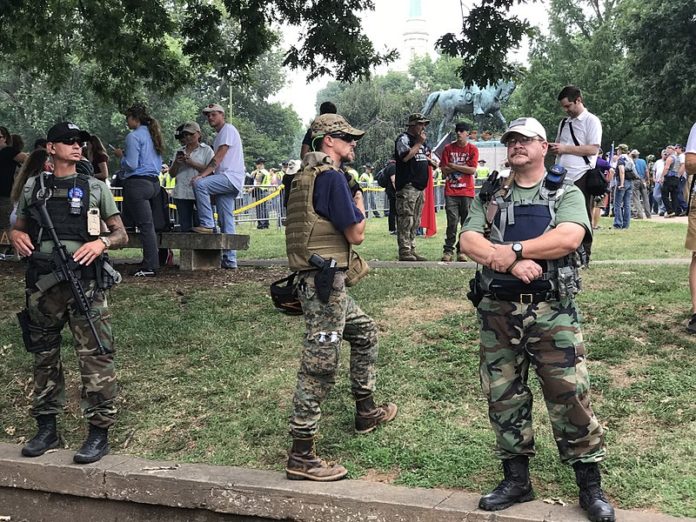 Democrats currently hold a supermajority in the Oregon state House and Senate, and Governor Kate Brown is also a Democrat, meaning Republicans are the minority party by the will of the voters. But the GOP wants to sabotage the majority and may enlist the help of right-wing militias to do it.

Now, Brown and the Democratic legislature are aiming to pass a climate change bill that will curb carbon emissions in the state. And pouting Republicans have decided they are going to stage a walkout and leave the capitol to run out the clock on the session so Democrats can’t pass bills they don’t like.

“I feel no constitutional obligation to stand around so they can pass their leftist progressive agenda for Multnomah County that my constituents don’t happen to agree with,” state Sen. Tim Knopp whined. “I think that’s true for every other Senate district that’s out there that’s represented by Republicans.”

Again, Democrats hold the majority by will of the voters. If Republicans don’t like that, they should convince voters to elect them as the majority in the next election.

Brown warned that she would order state troopers to keep Republicans from leaving and to arrest any that fail to do their duty. But one Republican has gone so far as to threaten to shoot troopers who impede him.

And now, right-wing militias are offering their services to Republican lawmakers to shield them from police officers who are doing their jobs.

Both the Oath Keepers and the III Percent militia groups have offered to provide armed protection for Republicans during the walkout. Their presence could end up resulting in deadly violence, all so that these GOP toddlers can get what they want.

This is what tyranny of the minority looks like.