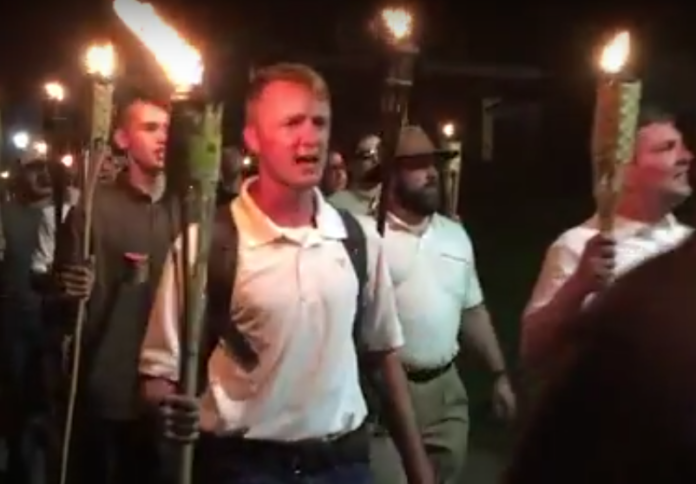 The mass shooting in El Paso that left 20 dead at the hands of a white nationalist incited to commit violence by President Donald Trump has the right-wing National Review declaring war on white nationalist terrorism.

White nationalists now feel empowered and enabled to commit violent acts at will to advance their agenda, which makes them just as bad as the “radical Islamic terrorists” Trump and the GOP keeps fear mongering about.

“The United States is now facing a deadly challenge from a connected, radical, online-organizing community of vicious white-nationalist terrorists,” French wrote. “They are every bit as evil as jihadists, and they radicalize in much the same way. And just like the ISIS terrorists our nation and our allies have confronted in the great cities of the West, they use the most modern of tools to advance the oldest of hatreds.”

French listed off many recent instances of white nationalist terrorism in our country that most of us may not have heard about, going far beyond the major acts of violence that dominate the news, including attacks in Kentucky, Maryland and New York.

“Substitute “jihadist” for “white supremacist” or “white nationalist” and then imagine how we’d act. Imagine how we’ve acted,” he wrote.

“It’s time to declare war on white-nationalist terrorism,” French continued. “It’s time to be as wide awake about the dangers of online racist radicalization as we are about online jihadist inspiration. And it’s time to reject the public language and rhetoric that excites and inspires racist radicals. Just as we demanded from our Muslim allies a legal and cultural response to the hate in their midst, we should demand a legal and cultural response to the terrorists from our own land.”

That means Trump is going to have to cease and desist, and Republicans are going to have force him to do so if he refuses. If that means impeachment, so be it. Our country is already divided enough because of him. Allowing white nationalist terrorism to go unchecked could tear our country apart as it did during the Civil War and Reconstruction.

“This is a pivotal moment in our modern history,” French concluded. “Every wave of terror is dangerous, but waves of racist terror are particularly dangerous in a nation that was once torn to bloody shreds in large part because of its repugnant white supremacism.”

White nationalists should be treated just like we treat terrorists from ISIS or Al-Qaeda. They are not only just as much of a threat, but even more so because they live among us. Trump is inciting this violence and enabling them to come out from the fringes of our society. He needs to be ousted from office and white nationalism needs to be crushed. If we don’t do this, our nation can expect to witness more mass shootings or worse in the years ahead.