The United States Blues
Home News Right-Wing Newspaper Says ‘Trump Is Going To Hell,’ Then Claims Its Was... 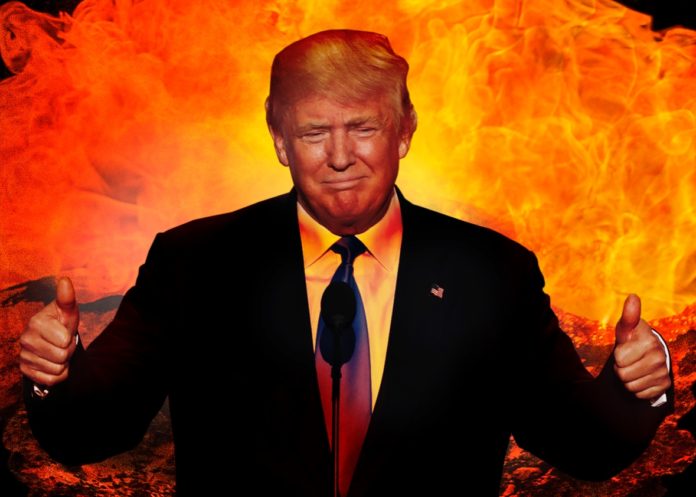 You may have never heard of the Washington Examiner, but it’s a right-wing newspaper that’s owned by billionaire Christian conservative Philip Anschutz. It’s also a big cheerleader for President Donald Trump and his policies.

So it came as quite a surprise on Monday morning when the Examiner posted a tweet declaring that Trump was going to hell: 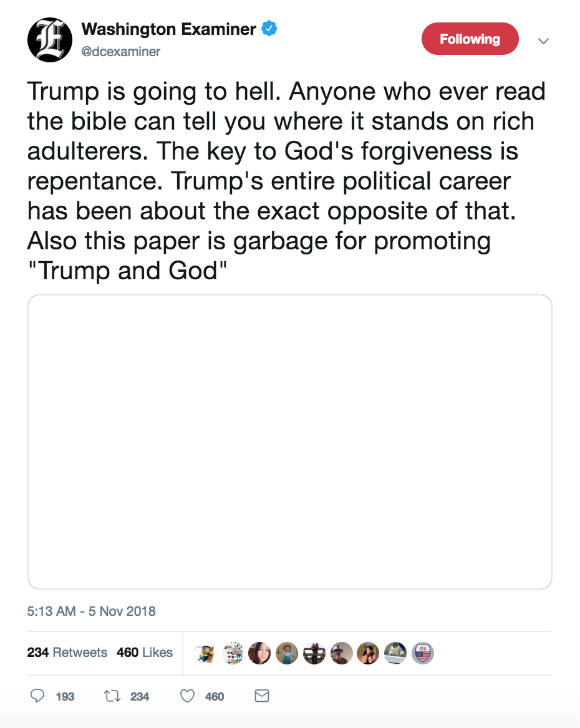 Wow! Tell us how you really feel.

Twitter soon lit up with reactions to the Examiner’s bold statement:

the washington examiner had two scotches too many last night pic.twitter.com/TzZOhkJmXL

Easily the most eloquent thing to ever exit the gaping-yet-remedial pieholes of your friendly fascists over at The Washington Examiner @dcexaminer pic.twitter.com/ItjycYMclz

To see the look on the faces of the 53 Washington Examiner subscribers… pic.twitter.com/Rysr4AaxG7

Not long after the original tweet, the Examiner deleted the anti-Trump posting and claimed they’d been hacked, which also drew laughter from the internet:

“Our feed was hacked. We would never say anything reflecting this level of moral clarity.”
– Washington Examiner, probably pic.twitter.com/8bq8A5BGVl

It was accurate, though. So you might want to consider it…

@realDonaldTrump Many people are saying that is the best reporting that you’ve ever done.

It was the most honest thing you have ever posted. You might want to consider a format change.

Dear Washington Examiner: Thanks for proving that Trump devotees can’t handle the truth and will always prefer being lied to.