The United States Blues
Home News Right-wing troll shut down by Twitter for trying to manipulate voters for... 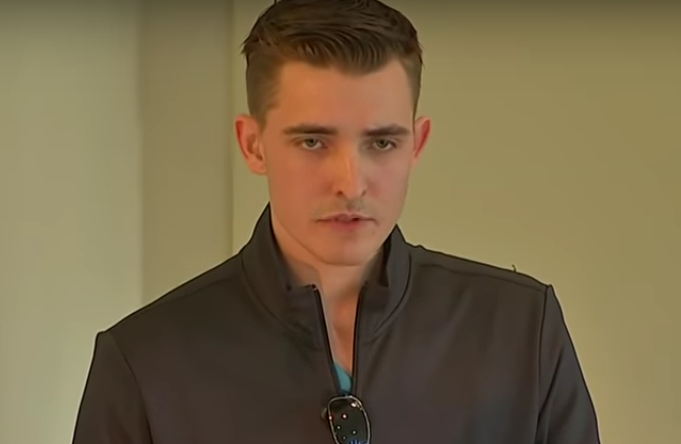 If you’re a Trump supporter wondering where Jacob Wohl has been on Twitter lately, you won’t be hearing much from him there because he has been officially suspended after he brazenly admitted to spreading false information on social media to manipulate voters ahead of the 2020 Election.

As we all know, Russian troll farms manipulated the 2016 Election using misinformation campaigns on social media outlets such as Twitter and Facebook to divide Americans and turn them against Democratic presidential nominee Hillary Clinton.

In fact, the Russians would have manipulated the 2018 Election as well had it not been for the U.S. military blocking Internet access to the Russian troll farm responsible for the operation.

Now the focus is on the 2020 Election, only this time it’s not just the Russians trying to manipulate Americans voters as conservatives like Wohl are adopting the same tactics.

During an interview with USA Today this week, Wohl bragged about his schemes.

Wohl disclosed a raft of schemes he says are in the works that he hopes will resonate in the run-up to the 2020 presidential election.

He says he plans to create “enormous left-wing online properties” – such as deceptive Facebook and Twitter accounts – “and use those to steer the left-wing votes in the primaries to what we feel are weaker candidates compared with Trump.” It’s a plot similar to what Mueller has charged in indictments that the Russians crafted in an effort to boost the 2016 campaigns of Bernie Sanders and Jill Stein and hobble Hillary Clinton.

Another stated scheme: seeking to collect damaging information on left-leaning non-profits including Media Matters for America, the Southern Poverty Law Center and Right Wing Watch by offering their insiders “moral reconciliation,” and if that doesn’t work, “things of worth” – such as money.

And for that stunning admission, Twitter suspended Wohl “for multiple violations of the Twitter rules, specifically creating and operating fake accounts.”

In addition, NBC News reports that Wohl is also the administrator of the @Women_4_Schultz Twitter account that slandered popular Democratic presidential contender Senator Kamala Harris (D-Calif.), whom Wohl has smeared before with a “Birther” conspiracy that has been debunked.

One such false claim on the account accused Harris of trading “sexual favors for public office.”

“It is not illegal, unethical, or untoward for Americans to steer an American election,” Wohl told NBC.

Actually, it’s very unethical and could be illegal depending on how Wohl is perpetrating his scheme. It is a violation of Twitter terms of service to post fake news, which is why his account has been suspended. Also, slander is illegal and something that Harris can sue Wohl for doing. And she would win big in a court of law, as would any other Democratic candidate whom Wohl has attacked with outright lies.

The bottom line is that Wohl got what he deserved, but there are more conservatives out there just like him who intend to take over where the Russians left off in an effort to subvert American elections and democracy. People like him should not only be suspended from social media, but prosecuted to the fullest extent of the law for conspiring to manipulate elections.