The United States Blues
Home News Right-wing TV host: McCabe and Rosenstein should be ‘waterboarded’ for ‘conspiring’ against... 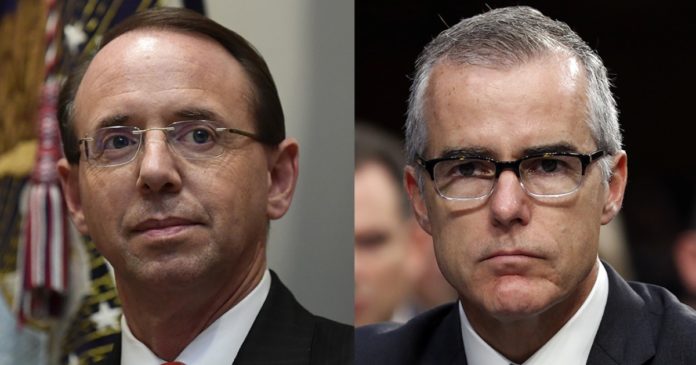 You’ve probably never heard of TruNews. It’s a far right-wing news outlet that features hosts who traffic in bizarre conspiracy theories that will curl your hair

On Tuesday, TruNews host Rick Wiles suggested that former FBI Deputy Director Andrew McCabe and current deputy director of the Department of Justice, Rod Rosenstein (who has overseen the investigation being conducted by Special Counsel Robert Mueller since its inception) should be shipped to Guantanamo and waterboarded.

TruNews even came up with a nifty visual to illustrate their point, The Daily Beast reports: 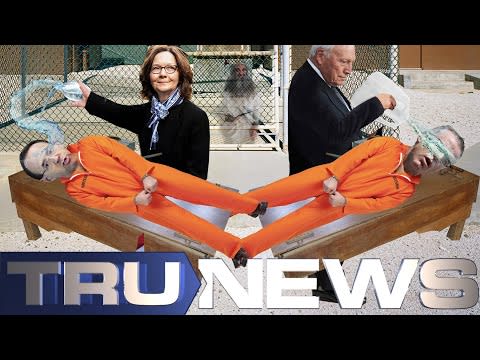 Why should any American be waterboarded? Well, because the is country being attacked:

“The nation is under attack by the FBI, NSA, CBS, NBC, and especially Andrew McCabe and Rod Rosenstein—whom, in the mind of host Rick Wiles, ought to be dragged to Cuba and personally waterboarded by ‘Gina Haspel and Dick Cheney.'”

Wiles then went on to explain that McCabe had claimed in his book, The Threat, two people in Trump’s cabinet agreed he needed to be removed via the 25th Amendment:

“It could be Rex Tillerson. It may have been Jeff Sessions. It could have been Nikki Haley, we don’t know! But according to McCabe, two people in the Cabinet were willing to overthrow the President of the United States. That means the President of the United States was holding cabinet meetings and he had snakes sitting around him. Hissing snakes!”

Whoa! Hissing snakes and overthrowing the president! Sounds so sinister, doesn’t it? No need to bother with the simple fact that the current president is possibly compromised by Russia, Saudi Arabia, and God knows how many other countries.

Wiles then told his viewers:

“The media, government agencies, intelligence agencies, technology firms, all in a massive conspiracy against the constitutionally elected President of the United States.”

A conspiracy?! You mean like colluding with a foreign adversary in exchange for help winning an election? Nah, Trump swears there was “no collusion,” and he never lies, does he?

The smirking Wiles ended his bizarre soliloquy by commenting the Rosenstein “ought to be facing the electric chair.”

So if you were wondering what right-wing crackpots and Trumpkins think, fantasize, and talk about all day, now you know. This isn’t a fan club; it’s a damn cult.