The United States Blues
Home News Right-wingers want a man who compared immigrants to rats to be the... 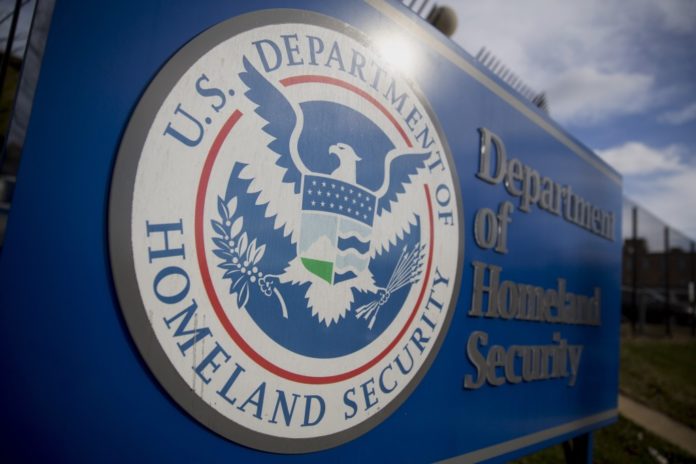 Leaders of 19 conservative groups have sent a letter to President Donald Trump encouraging him to appoint former Virginia Attorney General Ken Cuccinelli to be the next Homeland Security secretary, even though (or perhaps because) Cuccinelli has a history of making racist, anti-immigrant remarks.

The letter, which was organized by Conservative HQ Chairman Richard Viguerie, includes the imprimatur of organizations such as the Tea Party Patriots Action, Concerned Women For America, and former Republican senator Jim DeMint. It reads in part:

“In this time of national crisis and emergency over national security and immigration, Ken’s background as a no-nonsense law enforcement officer and a major constitutional lawyer, along with his reputation as a fighter, combined with his extensive media experience, including television, make him ideally suited to carry out the duties of the Department of Homeland Security and your immigration agenda.”

The Washington Post reports that Cuccinelli recently visited the White House and may indeed be in line to be the next head of Homeland Security, a position which became available when Trump fired Kirstjen Nielsen last week.

As ThinkProgress notes, Cuccinelli has made some incredibly disgusting remarks in the past regarding immigrants. In 2012, he appeared on a right-wing radio show and compared immigrants to rats, commenting:

“[The D.C. wildlife protection policy] is worse than our immigration policy — you can’t break up rat families. Or raccoons or all the rest and you can’t even kill them.”

And in 2015, Cuccinelli said then-President Barack Obama was encouraging an “invasion” of the U.S. by immigrants:

However, Senate Republicans are urging the president not to nominate someone as controversial as Cuccinelli because they fear confirmation hearings for such an extremist would be politically devastating to the GOP. Senate Majority Leader Mitch McConnell (R-KY) told reporters Thursday:

“I’ve not spoken to him (Trump) about any of them. I have expressed my, shall I say, lack of enthusiasm for one of them … Ken Cuccinelli.”

When someone is too far to the right for Mitch McConnell, you know they’re on the fringe.