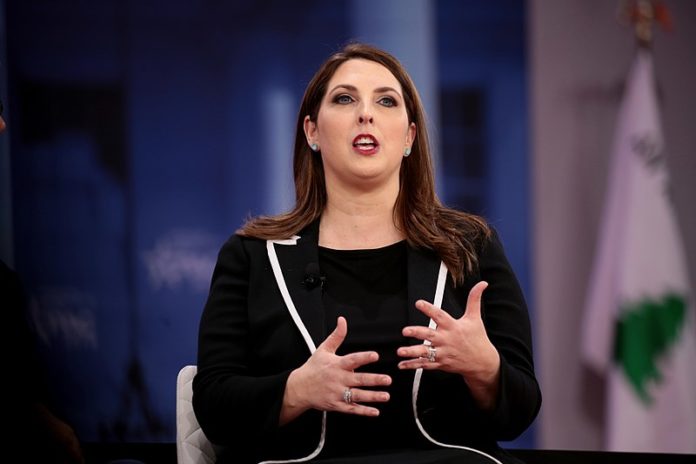 RNC chair Ronna McDaniel completely denied reality on Wednesday when she attacked the Mueller hearing by claiming that Democrats held it because they are sore over the 2016 Election. Americans called out her BS and trashed her relentlessly in response.

Former Special Counsel Robert Mueller’s testimony absolutely skewered Trump as he confirmed that the report did NOT exonerate him. Mueller also made it clear, to the shock of Rep. Ken Buck (R-Co.), that Trump can be prosecuted for committing obstruction of justice after he leaves office or is impeached.

Overall, it was a bad day for Trump, but McDaniel ignored the content of the damning testimony and made an effort to deflect from it by accusing Democrats of holding the hearing to get political revenge against him.

Nearly three years after the election and the Democrats STILL can’t accept the fact that @realDonaldTrump beat them fair and square.

If that’s really what McDaniel thinks Mueller’s testimony was all about, she clearly did not watch the same hearing that everyone else did. Because Americans responded by humiliating her with the facts.

Ronna, it is too bad you missed the hearing today. Had you watched, you would have learned, or be reminded, that the Russians had a substantial part in the election and the Russians favored Trump. @MSNBC @CharlesMBlow @EL1421 @CNN @co_rapunzel4 @SRuhle

Were you sitting on your head during the part where part clearly stated Russia interfered with our election to help trump win?

I’m not sure what you’d call welcoming your country’s enemies to help you win an election, but “fair and square” ain’t it.

There are no alternative facts here, darlin’. If 45 were not in office, he would have been indicted. He will be the minute he walks out of the WH for the last time. And, I can’t wait.

You still can’t accept the fact that the President is a FELON, and will be indicted as soon as he leaves office, (if he’s not impeached first).

If it was fair and square, why did Trump try to obstruct the investigation?

Uh, no, he didn’t. Hillary won by 2.9 MILLION votes. He “won” because of the Electoral College. You know that, but lying is what you do.

McDaniel should have just remained silent today. Instead, she proved that Trump is frightened and that she has no conscience whatsoever. But what else can you expect from a woman who gave up her own name to appease the felon in the White House?