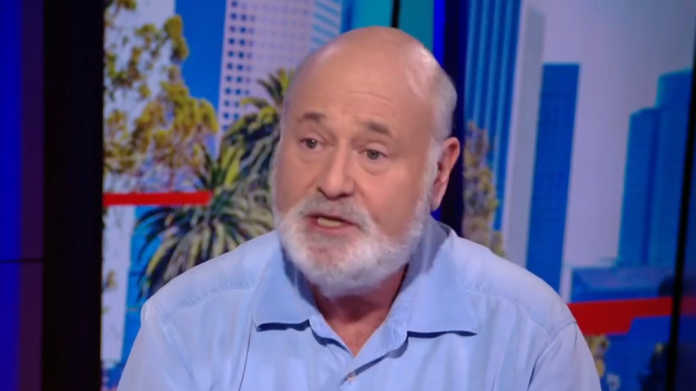 Award-winning director Rob Reiner has had quite enough of President Donald Trump, and he’s making it clear that Congressional Democrats have the president terrified with their investigations into his actions and possibly illegal behavior.

Prima Facie: The President Of The United States is a criminal. 64% of Americans already know that. At the conclusion of Mueller Report & The House investigations, 100% will know that. Due to state run TV, some may refuse to accept it. That won’t make it untrue. DT goes down.

Reiner later appeared on the MSNBC show “Hardball,” where he was asked about his tweet and what he expects to happen regarding Trump. He told host Chris Matthews that comparisons to Watergate are correct to a certain extent, but there are major differences:

“Everybody compares this to Watergate, they always do, but Watergate — when Nixon won in 72, there was a Democratically-controlled Congress and there was the indication that a crime was committed, a break-in to the DNC. Two years of investigating by Democrats exposed all of that criminality.”

Trump, on the other hand, Reiner continued, had no oversight at all for two years:

“Trump comes to office with a Republican majority who protects them. He has that, plus state-run media and Fox News, which completely keeps driving home the idea that Trump is okay, that everything’s okay.”

Now there’s actually Congressional oversight, Riener noted, predicting what he expects to happen in the months ahead:

“But you’ve got headwinds, because you still have that, you know, that state-run TV.”

Trump is indeed feeling the pressure at the moment. He’s  being investigated by multiple Congressional committees and the report from Special Counsel Robert Mueller could be released any day now. But if you watch Fox News for five minutes, you’d think nothing is wrong and Trump is under attack merely for doing his job.

With each new revelation, it becomes clearer that the current president has probably been involved in numerous criminal acts. It’s up to Congress (and all us) to keep the pressure on him until we get all of the facts.