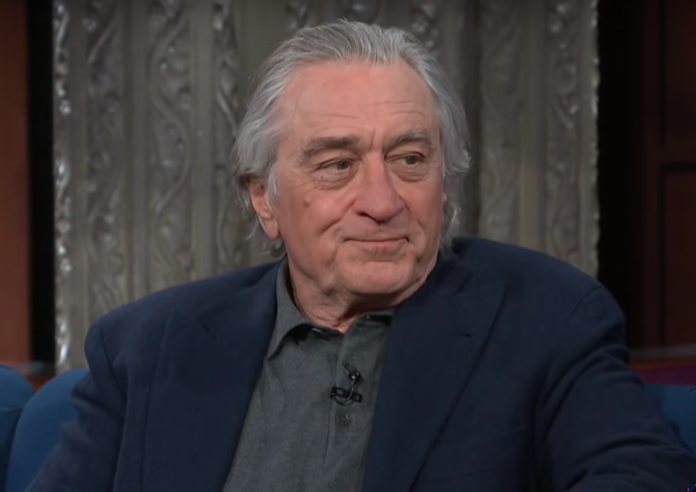 Actor Robert De Niro appeared on “The Late Show” with Stephen Colbert on Friday night and did not hold back when the topic turned to President Donald Trump.

Because the interview occurred on Tuesday, De Niro hadn’t read the Mueller report that documents ten instances of obstruction of justice Trump potentially committed to undermine the Russia investigation.

De Niro plays Special Counsel Robert Mueller on “Saturday Night Live,” and he explained to Colbert that he felt obligated to take on the role out of a sense of civic duty.

“I have no other way to say it, I guess. It’s a civic duty. It’s my civic obligation to play Mueller,” De Niro said before fantasizing about getting to perp-walk Trump. “I’m hoping that it goes further. I don’t know what’ll happen, but I keep saying that, I don’t know whether this is actually possible in reality, where I can handcuff him and take him away in an orange jumpsuit.”

Asking jokingly by Colbert why he won’t give Trump a chance, De Niro said that he originally did, but Trump blew it.

“That’s what I said right after he was elected, ‘Give him a chance.’ I give everybody the benefit of the doubt. This guy has proven himself to be a total loser,” he quipped.

When the discussion turned to De Niro’s recent work on the upcoming 2019 film The Irishman about a crime family, the legendary actor remarked that Trump is a “wannabe gangster,” but worse.

“We have a wannabe gangster in the White House now,” he said. “Even gangsters have morals—they have ethics, they have a code, and you know, when you give somebody your word that’s all you have is your word, especially in that world. This guy, he doesn’t even know what that means.”