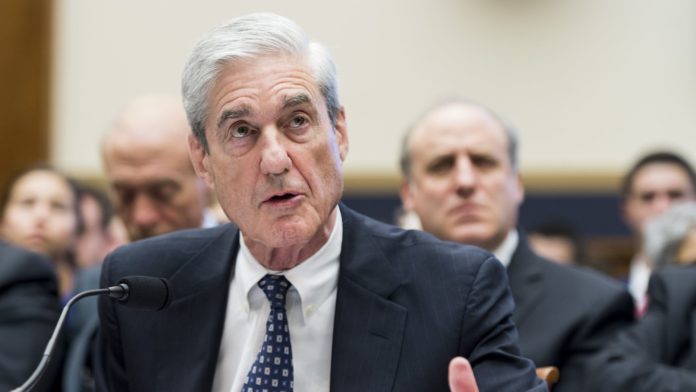 During testimony he gave before the House Intelligence Committee on Wednesday, former Special Counsel Robert Mueller made it clear that the 2016 Trump campaign did indeed coordinate their efforts with Russia in an effort to make sure Donald Trump won the election.

Under questioning from committee chairman Adam Schiff (D-CA) Mueller was asked if the president’s insistence that the entire Russia investigation had been a “witch hunt,” the special counsel responded:

And as the Washington Post reports, Mueller also confirmed that Russia and Trump actively worked in concert with each other to help the president defeat Hillary Clinton:

Mueller agreed that Russia interfered in the 2016 election and that the Trump campaign appeared to welcome that help. Trump, he agreed, had publicly called on the Russians to hack Hillary Clinton’s emails. Trump also pursued a business deal in Moscow while running for president. Donald Trump Jr., the president’s son, had responded “I love it,” when asked if he was interested in dirt on Clinton provided as part of a Russian government effort to help his father.

Mueller also said that numerous members of the Trump campaign lied when asked about their contacts with Russian nationals:

“A number of persons that we interviewed in our investigation did lie,” Mueller said.

Prior to Mueller’s testimony, Chairman Schiff, in his opening statement, accused President Trump of disloyalty to the United States:

The House Intelligence Committee chairman opened the second half of Mueller’s testimony Wednesday by accusing Trump of “disloyalty to country,” which he defined as “something worse” than a crime: a violation of “the very obligation of citizenship.”

“Your investigation determined that the Trump campaign – including Trump himself – knew that a foreign power was intervening in our election and welcomed it, built Russian meddling into their strategy, and used it,” Schiff said – an argument he has repeated in recent weeks, and one that attempts to reconcile Mueller’s determination that he could not charge the president with a conspiracy with Democrats’ ongoing concerns that Trump’s actions nonetheless could present a threat to the country.

Based on what Mueller said when he appeared before the House Judiciary Committee earlier in the day, we now know that the two main defenses offered by the president — “no collusion, no obstruction” — are totally incorrect. There was indeed collusion and coordination and Trump also attempted to obstruct justice to end the Russia probe.

No matter what some may try to say, Mueller’s testimony has been devastating for the president.