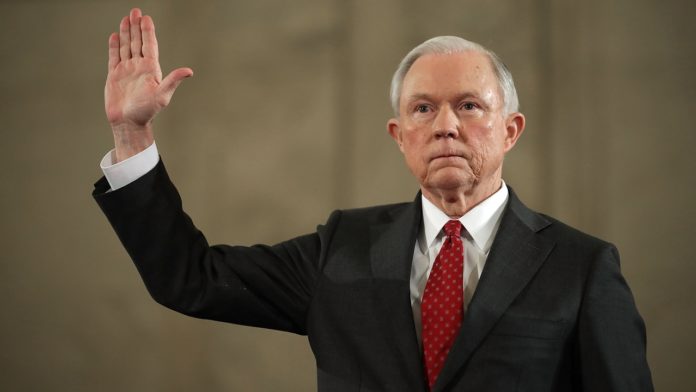 The Attorney General of the United States, Jeff Sessions, appears to have committed perjury when he testified before the House Judiciary Committee in November of last year.

Reuters is reporting that Sessions’ testimony stating that he “pushed back” in March of 2016 after hearing a proposal from former campaign adviser George Papadopoulos to ask Russia for assistance with the 2016 race was not accurate, according to witnesses who are familiar with the meeting:

“Three people who attended the March campaign meeting told Reuters they gave their version of events to FBI agents or congressional investigators probing Russian interference in the 2016 election. Although the accounts they provided to Reuters differed in certain respects, all threes, who declined to be identified, said Sessions had expressed no objections to Papadopoulos’ idea.”

The three contradictory witnesses have also shared their recollections of the March meeting with Robert Mueller’s team of investigators.

While some Democrats have suggested that Sessions should be charged with perjury, law professor Jonathan Turley disagreed, saying the Attorney General’s remarks might be too vague for him to be charged:

“If you’re talking about false statements, prosecutors look for something that is concrete and clear.”

“Proving there was intent to lie is a heavy burden for the prosecution. But now you have multiple places where Sessions has arguably made false statements.”

The Reuters report comes at a time of tremendous crisis and chaos inside the Trump administration. President Trump has been replacing top aides, advisers, and cabinet members at a record pace, and has also suggested that he might be ready to pull the plug on Sessions as head of the Justice Department.

Sessions, who recused himself from overseeing the DOJ’s ongoing investigation into the 2016 election, has been a frequent subject of ire from Trump, who has called him “weak” and “beleaguered.”

Some have speculated that Trump may be eager to see Sessions leave as AG so he can be replaced by someone who wouldn’t be recused from the Russia probe and could end Mueller’s investigation, thereby taking the president out of legal jeopardy.

Whatever Trump does, Sessions could have his own legal problems if Mueller chooses to charge him with perjury.