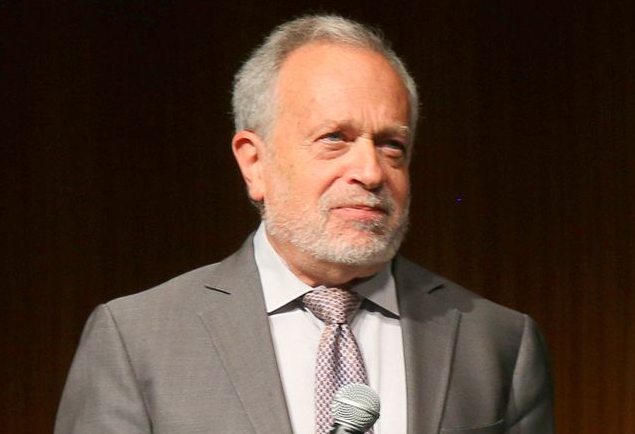 Former Secretary of Labor Robert Reich is calling upon Republicans to help remove President Donald Trump from office immediately before his makes his move to turn America into a dictatorship.

Rather than improve his behavior during his second year in office, Trump only got worse. And now our nation is in the middle of a government shutdown as Trump continues his assault on our democratic institutions and the rule of law in an effort to keep power and kill multiple federal investigations against him.

Addressing the shutdown first in his latest op-ed, Reich pointed out the tens of thousands of federal workers who are reaching the breaking point because they are working without pay.

Indeed, even these proud Americans have bills to pay, and the longer they go without it, the more likely they are to seek employment elsewhere, which puts more strain on our government and makes it harder to function properly in every way, including national security.

Reich knows this because he experienced a shutdown firsthand when Republicans shut it down in 1995 and 1996.

“Having run the Department of Labor during the 1995 and 1996 shutdowns, I’m confident most of these public servants will continue to report for duty because they care about the missions they’re upholding,” he wrote. “But going without pay will strain their family budgets to the point that some will not be able to. Shame on him for jeopardizing America this way in order to fund his wall—which is nothing but a trumped-up solution to a trumped-up problem designed only to fuel his base.”

He’s right. Trump himself has even admitted that the wall is totally unnecessary, even going so far as to claim it’s already been built in a tweet on Wednesday morning.

Mexico is paying for the Wall through the new USMCA Trade Deal. Much of the Wall has already been fully renovated or built. We have done a lot of work. $5.6 Billion Dollars that House has approved is very little in comparison to the benefits of National Security. Quick payback!

And that’s not to mention his previous claim that the border is already “tight.”

Reich moved on to discuss yet more evidence of Trump’s corruption using his attacks on his new acting Attorney General as an example.

You see, Trump reportedly yelled at Matt Whitaker for not doing more to stop federal prosecutors from revealing his coordination and direction of campaign finance felonies committed by Michael Cohen. Clearly, Trump thinks the Attorney General is supposed to act as his protector.

“This is potentially the most direct obstruction of justice yet,” Reich wrote. “He’s now pressuring an official whom he hand-picked and whose entire future depends on him, to take actions that would impair the independence of federal prosecutors.”

Reich then went on to slam Trump for turning a visit to the troops in Iraq into a campaign rally in which he attacked his political opponents before warning Americans not to normalize this behavior.

“Some Americans are becoming so accustomed to these antics that they no longer see them for what they are—escalating attacks on America’s core democratic institutions,” he continued.

And just like former Office of Government Ethics chief Walter Shaub, Reich warned that Trump could try to mobilize the military to support his move to overthrow the Constitution and the rule of law.

Where would we be if a president could simply shut down the government when he doesn’t get his way? If he could stop federal prosecutions he doesn’t like and order those he wants? If he could whip up public anger against court decisions he disapproves of? If he could mobilize the military to support him, against Congress and the judiciary?

We would no longer live in a democracy. Like Trump’s increasing attacks on critics in the press, these are all aspects of his growing authoritarianism. We normalize them at our peril.

Reich concluded by sounding the alarm that our institutions may not be able to last much longer and called upon Republicans to finally join with Democrats to impeach Trump in order to save the nation.

Our institutions remain strong, but I’m not sure they can endure two more years of this. He must be removed from office through impeachment, or his own decision to resign in the face of impeachment, as did Richard Nixon.

Republican members of Congress must join with Democrats to get this task done as quickly as possible. Nothing is more urgent. It must be, in effect, America’s New Year’s resolution.

The question is whether Republicans will actually recognize the threat Trump poses and heed this call or will they remain complicit and let America fail in their pursuit of absolute power.