The United States Blues
Home News Robert Reich warns: Trump is cornered and will have his supporters use... 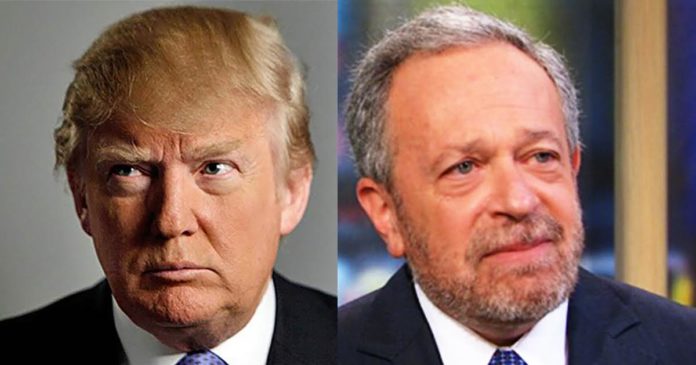 This week has been one filled with threats of violence here at home from President Donald Trump and a right-wing terror attack in New Zealand that the shooter claims was inspired in part by Trump’s hateful rhetoric against immigrants.

Former Labor Secretary Robert Reich is now warning that as investigators move closer to exposing Trump’s crimes, the president will likely urge his followers to lash out violently against those who oppose him.

That, Reich notes in a piece he wrote for The Guardian, should serve as a red alert for every American:

“In Trump’s mind, congressional investigations that could cause him shame and humiliation, and quite possibly result in a prison sentence, will be countered by forces loyal to him: the police, the military, and vigilante groups like Bikers for Trump.

“To put it another way, the work of a democratically elected Congress will be met by Trump loyalists who, he asserts, are ‘tougher’ because they have brute force on their side.”

“At a rally for Missouri Senate candidate Josh Hawley in September, Trump said his opponents ‘were lucky that we’re peaceful.” He continued: ‘Law enforcement, military, construction workers, Bikers for Trump … They travel all over the country … They’ve been great.’ But, he warned, ‘these are tough people … they’re peaceful people, and antifa and all, they’d better hope they stay that way.'”

Now that Trump feels his presidency and even his freedom are existentially threatened, Reich concludes, he may well incite his supporters to rise up and commit horrific acts on his behalf. And that means every American who cares about freedom and the rule of law must be on watch at all times, Reich concludes:

“It is our job – and the job of all senators and representatives in Congress, regardless of party, and of military leaders – to condemn hatred and violence in all its forms, even when the president of the United States makes excuses for it.

“And it is up to all of us to reaffirm our commitment to democracy, even when the president of the United States threatens to unleash the military and vigilantes against it.”

These are scary and difficult times to be an American. But we can take courage from the fact that we’ve faced great challenges before and met them with resilience and resolute courage.