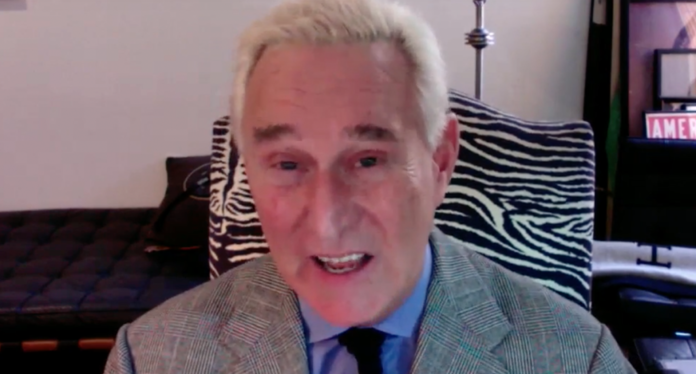 In yet another violation of his gag order, former Trump associate Roger Stone posted and deleted a post on Instagram calling for former CIA Director John Brennan to be tried for treason and hanged even though there’s no evidence he’s a traitor.

Earlier this year, Stone openly threatened Judge Amy Berman Jackson on Instagram in a post featuring crosshairs next to her head. She has since twice warned him against such behavior on social media, dressing him down during a hearing on the matter.

Clearly, Stone hasn’t learned his lesson and thinks he is above the law because he issued another flagrant post that CNN’s Brian Stelter caught.

Roger Stone has posted an Instagram Story saying John Brennan “must be” charged and convicted and “hung for treason.” Wonder how court officials and Instagram moderators will react.

Here’s a screenshot of the post flagged by another user.

Brennan is a frequent critic of President Donald Trump, whom Stone helped during the 2016 Election by working with Wikileaks on behalf of the Trump campaign to release Hillary Clinton’s emails, which were hacked by the Russians.

He is currently on trial related to those activities.

Public defenders responded to this latest bail violation with disgust because Stone is being treated better than their own clients who committed lesser crimes or violations.

Roger Stone posts inflammatory death threats to a former FBI director after threatening the judge in his case on Instagram yet still is released pretrial while a person I represent has been on Rikers on $5k bail for over a month for allegedly taking someone’s phone after a fight. https://t.co/NaF6u1cyzl

Roger Stone just posted death threats against a former CIA director on Instagram. This, after posting a photo of the judge in his case with crosshairs. He remains out on signature bond. Meanwhile, my clients have their bail revoked for being late to court. https://t.co/HYIdIooumH

It sounds like Berman Jackson is now forced to throw the book at Stone, lest she be accused of giving him special treatment.